Named Twisting Courtyard by its designers, this small home can be found in Paizihutong in the Dashilar Area of Beijing. The project saw an overhaul of the property, bringing it up to date both in terms of design and infrastructure.

A local firm by the name of ARCHSTUDIO were responsible for overseeing the renovation. With their help, the Siheyuan has been converted to a comfortable modern home, while still managing to maintain its historic features. 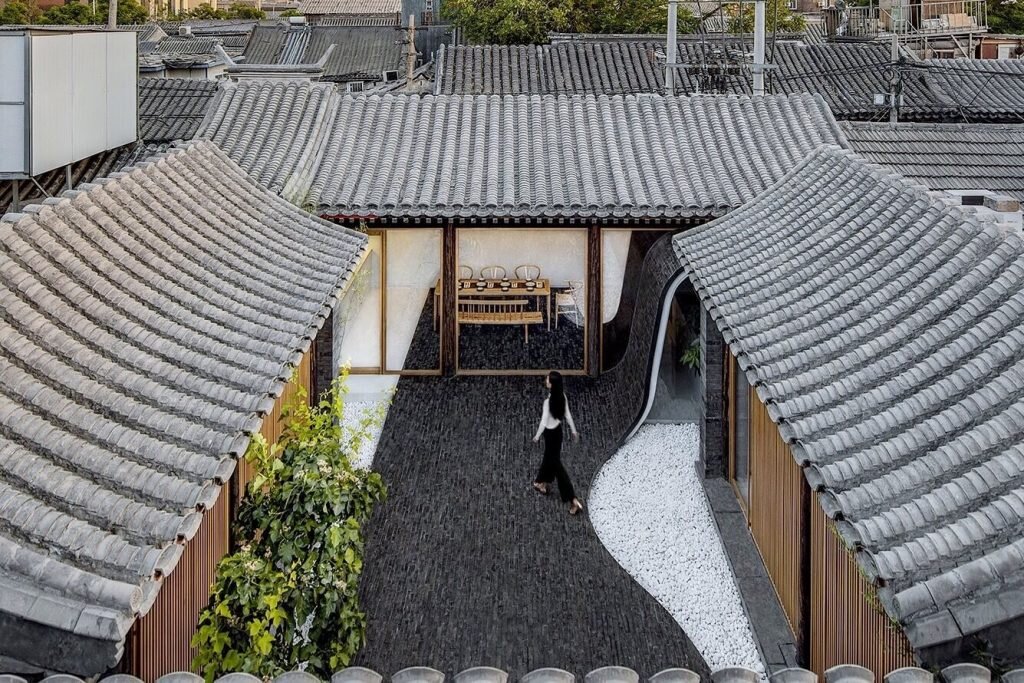 The development, which consist of four separate houses was completed in 2017. Together, they enclose an area of 1,776.04-square-feet (165-square-meters). Each of the home’s living areas looks out on a central courtyard. A gray brick has been used throughout as a floor finish, both on the inside and out. It has the effect of connecting the two environments, reducing the boundary between the interior and exterior.

Traditional elements, like the wooden structure, have been put on display – the ceiling in most places has been left open with up-lights installed to draw attention to it. New spaces, like the modern kitchen, are at times hidden from view. In the case of the kitchen, it’s hidden behind a brick-lined curved wall. 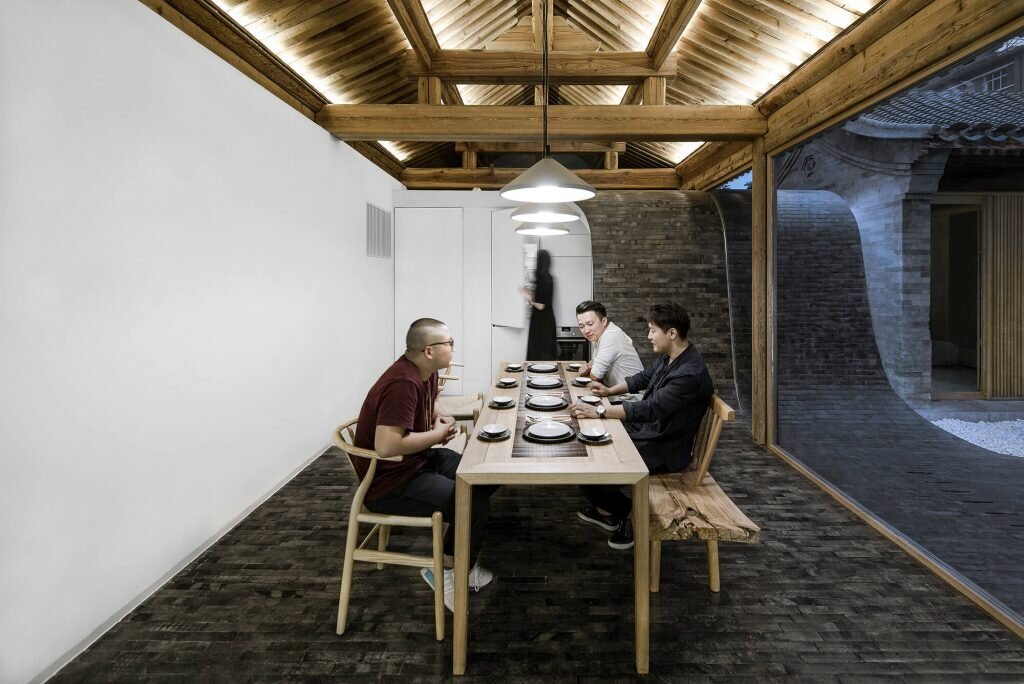 Furniture pieces have been carefully selected so as to integrate with the home’s backdrop. In places they’ve made use of fold-away items, for example, the “leisure area” can be converted to a bedroom thanks to the built-in Murphy bed.

A small narrow entrance corridor leads through to the courtyard. From here the occupants have access to the home’s various rooms, including an office and equipment space, two ancillary rooms, as well as two bathrooms. 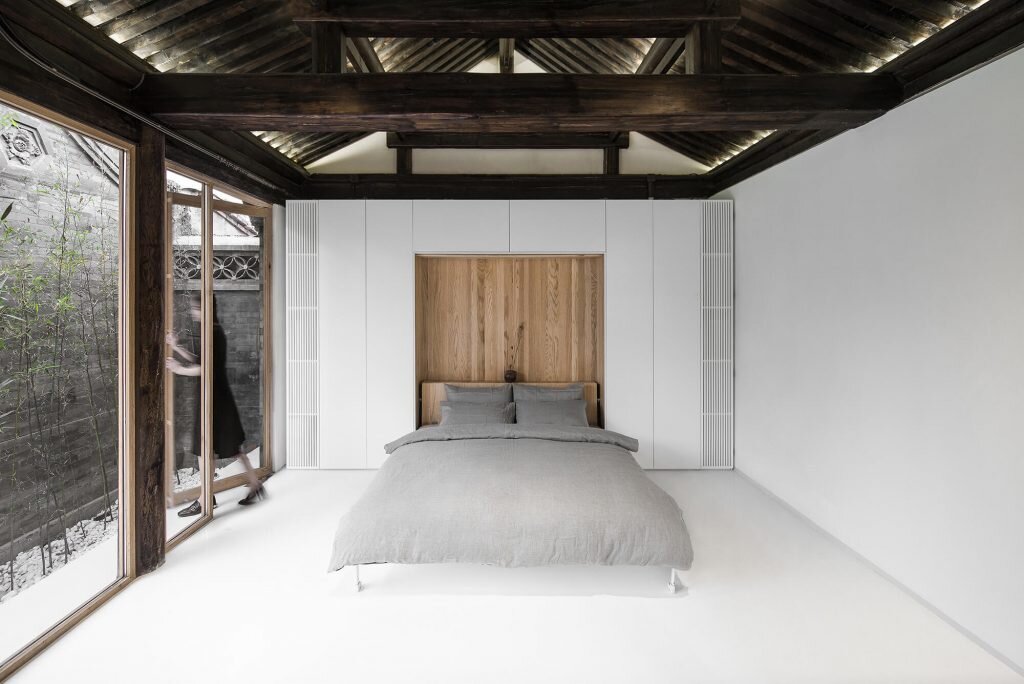 From the architects: “For building type “Siheyuan”, the courtyard is the core of living fun. “Twisting courtyard” makes micro-adjustment to relations between the parts to change the temperament of the courtyard space and to meet requirements of multiple use without changing the existing housing structure, making the traditional courtyard up-to-date and being integrated into modern urban life.

For more small houses check out My-House, a home that promotes well-being. Or, Green House, a small sustainable home by Sigurd Larsen. See all small houses.