This tiny, experimental house can be found in the dense city of Beijing, China. The project, titled Baitasi House of the Future, involved the creation of a small abode that “suits the future lifestyles of young people”.

The futuristic focus was driven by the client, a tech company who develop smart home technologies. They employed dot Architects to make their vision a reality. 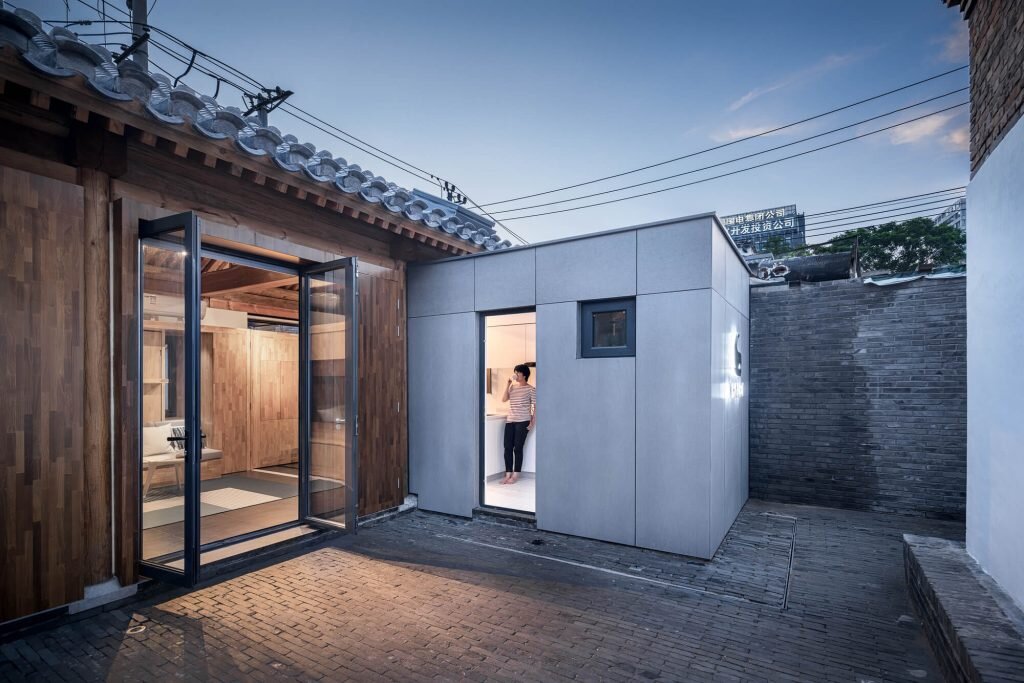 The project was completed in 2017, and saw the construction and redevelopment of a building in a well-preserved hutong neighborhood. The site contains a total of 1,184.03-square-feet (110-square-meters), of which only 322.92-square-feet (30-square-meters) is occupied by the building. 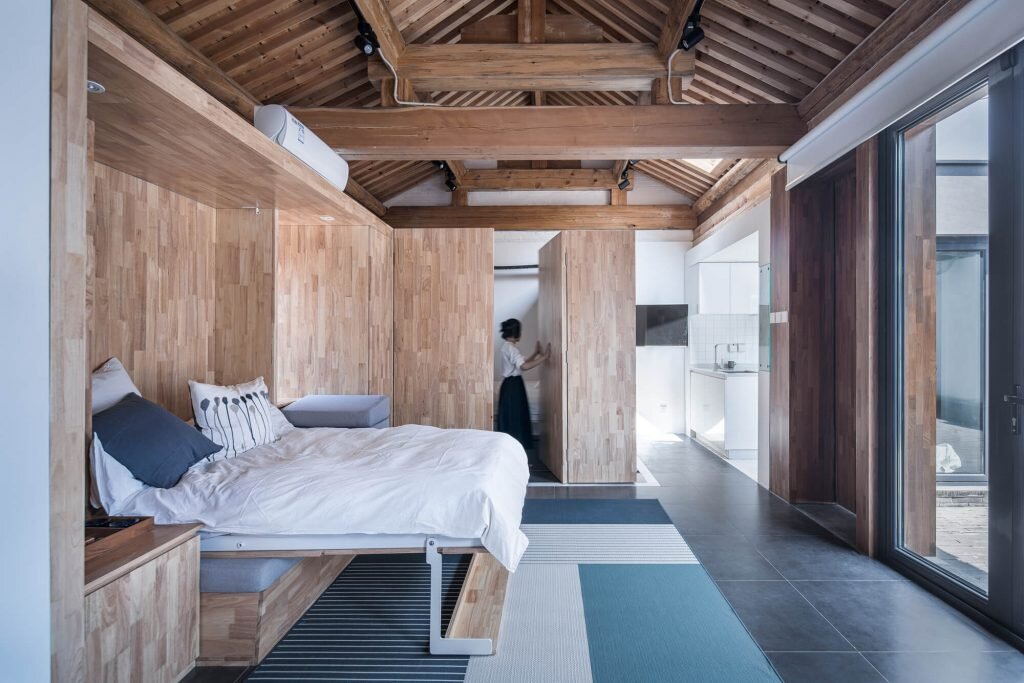 The large yard was previously occupied by a series of illegal construction, all of which to be removed before starting work on Baitasi House. During the development of the house, several ideas regarding what a future home should look and act like were discussed. 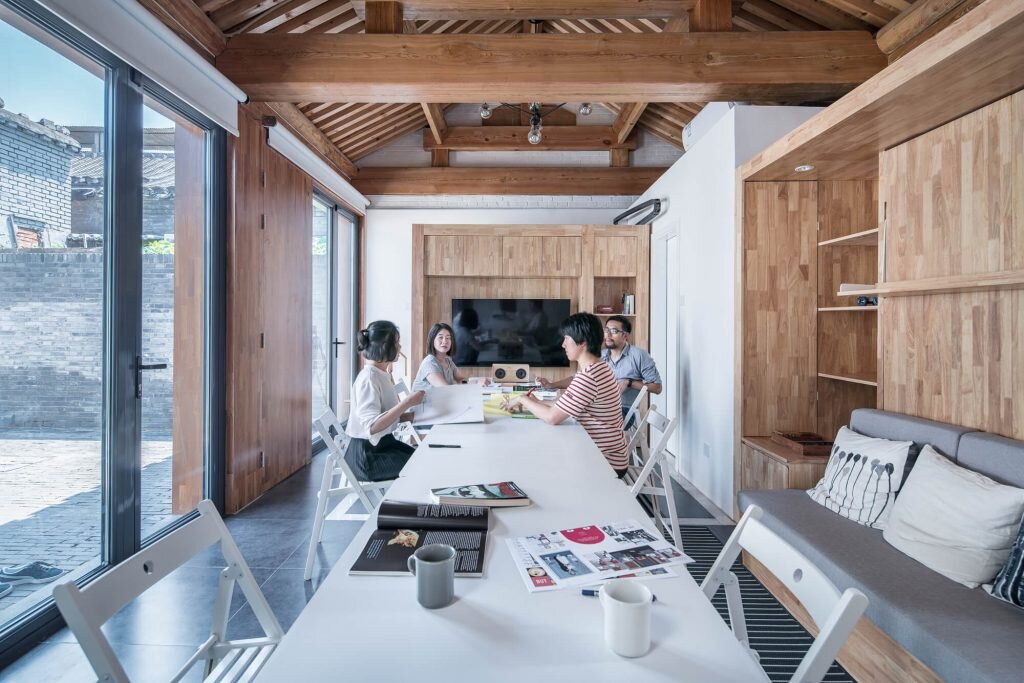 From the architects: “They can fluidly shift between work and home. Access and convenience are more important to them than ownership. The possibilities of home space outweigh its physical dimension. The boundary between home and society is blurred by the rise of the sharing economy, nomad workers and technology.” 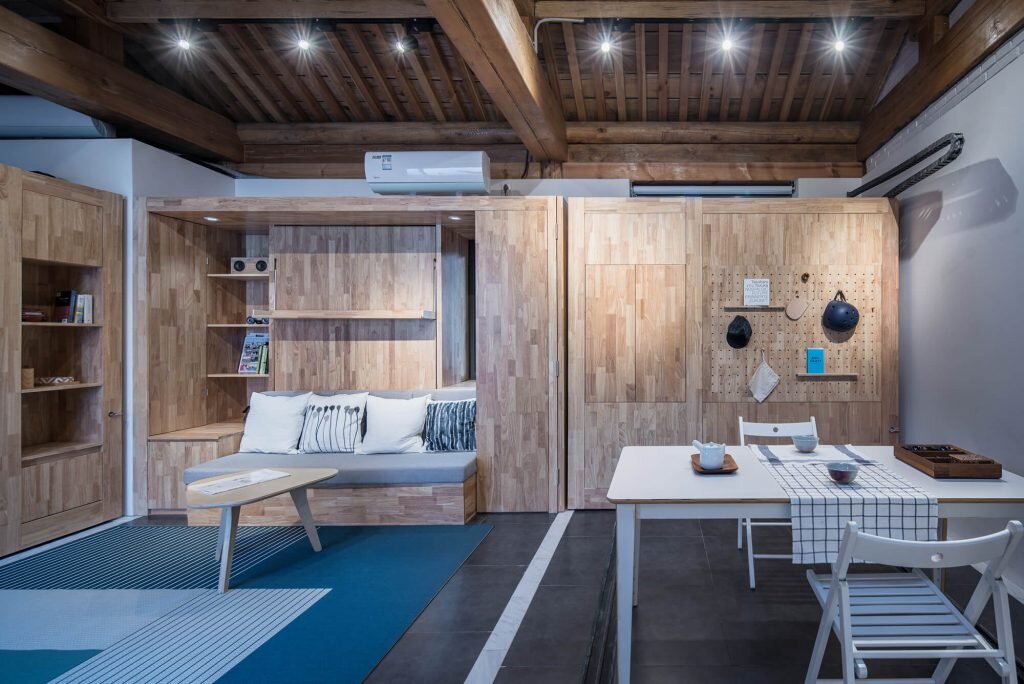 Despite all the focus on creating a futuristic home, Dot Architects weren’t negligent of the property’s history. The wooden structure was restored and put on display. Other areas had to be replaced, like the rotting root and the interior partitions that made the space feel small and cramped. 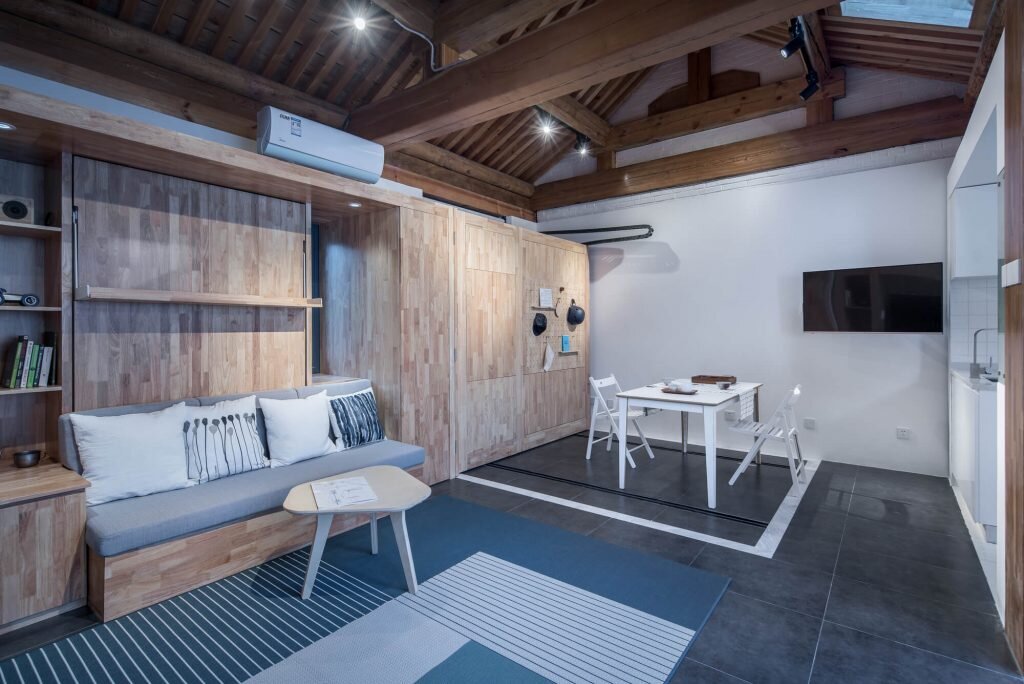 The end result is a bright and airy home that blends historical and contemporary design. Baitasi House features a flexible layout with moveable furniture modules to create rooms capable of performing different functions – from a three bedroom house, to an office. 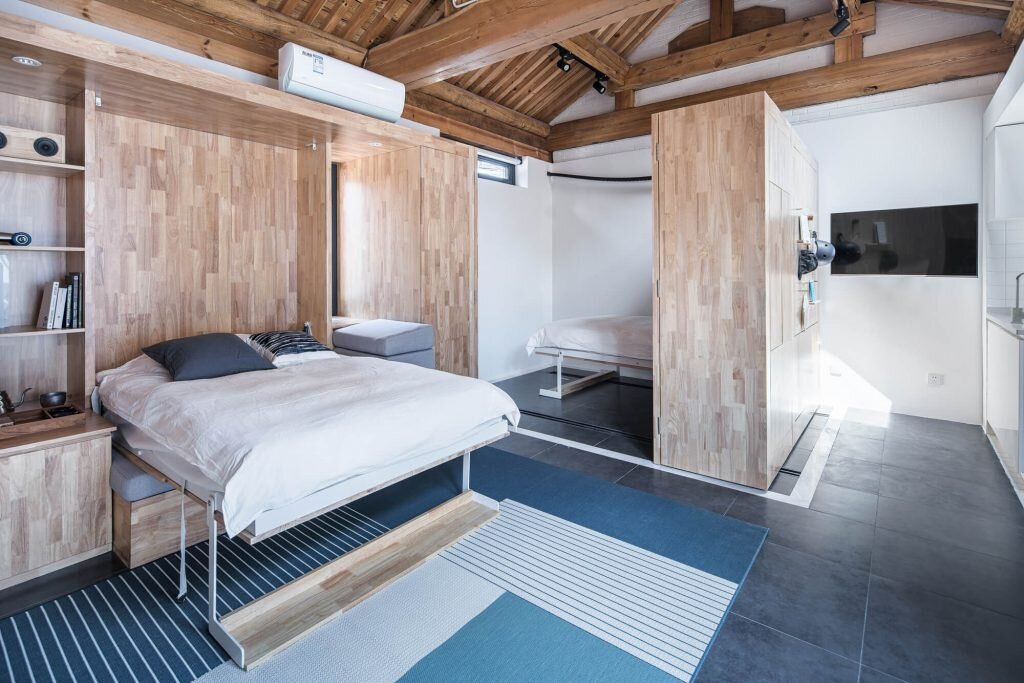 With the client being an innovator in the technology realm, they haven’t missed out on gadget either. The moveable modules are controlled via a smart TV, which also hooks into the lighting, curtains, security system and other home appliances. From the architects: “Compared to many futuristic design, this tiny house is nothing close to future at the first look. But its humble appearance and user adaptive interior may reflect something about the future in the ancient capital.” 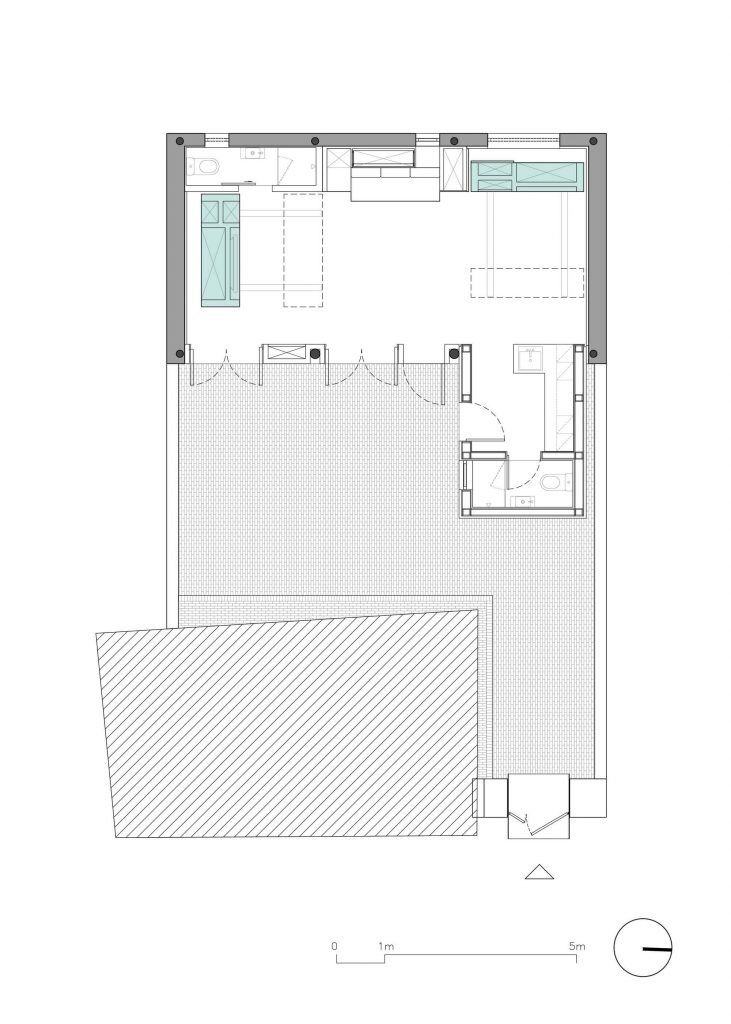 For more small houses check out Crevice House from Seoul in South Korea, which goes upwards instead of outwards. Or, Villa H, a contemporary home by Berg Klein from the Netherlands. See all small houses.