This series of small dwellings can be found in the old town of Baisha in Yunnan, China. The small village is renowned for its Jade Dragon Snow Mountain range, which draws visitors to the area every year.

The dwellings, collectively referred to as Baisha Old Town Retreat, act as a hub for the visitors, providing them with a traditionally-built retreat. 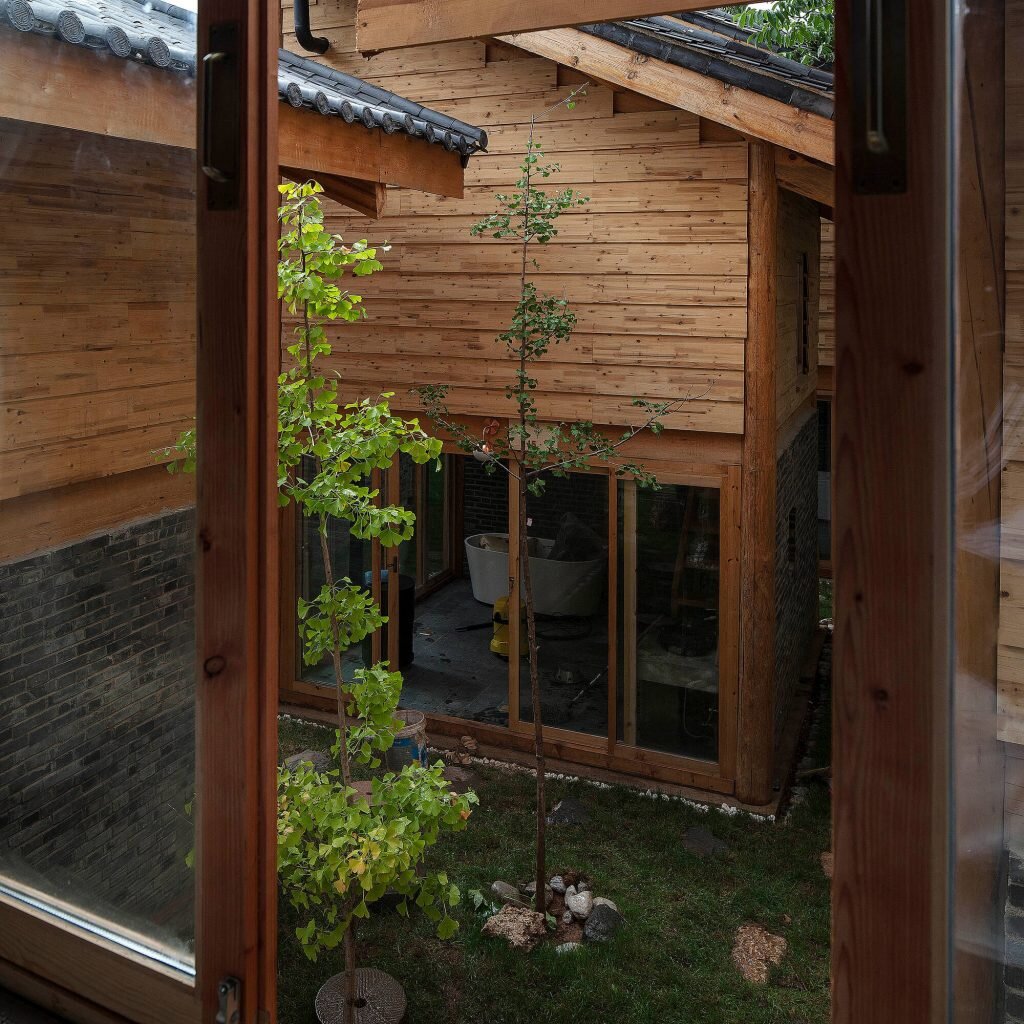 The project is the result of a collaboration between two architecture firms – Atelier GOM, and Atelier8. Together they produced a series of tradition wood and mud brick houses, that slotted into the backdrop of the old town. The total site area amounts to 5,166.67-square-feet (480-square-meters). 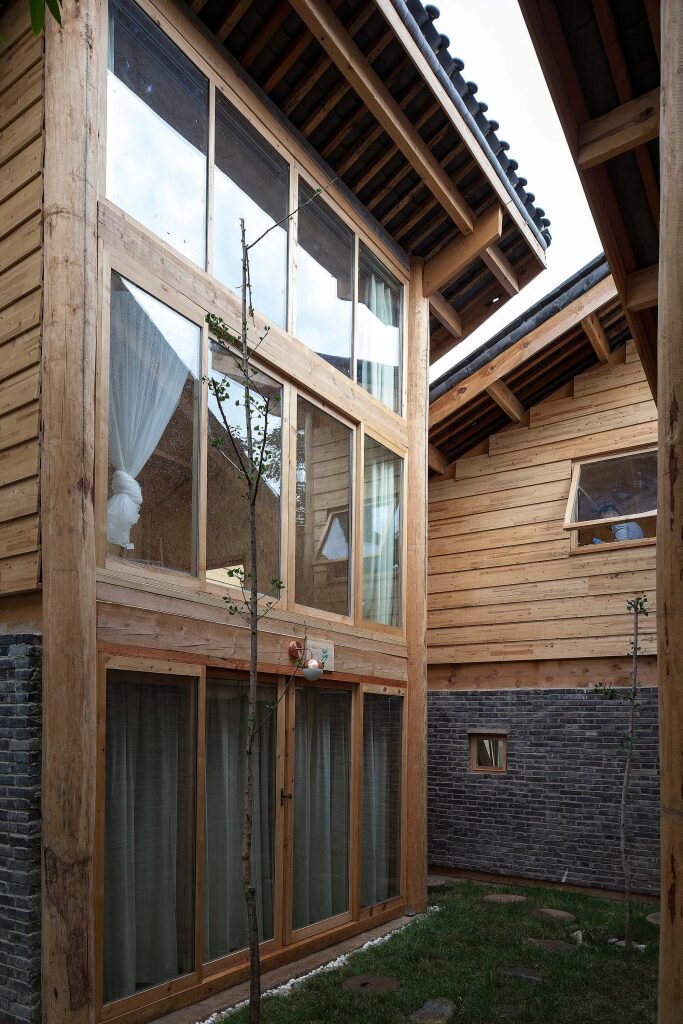 The land was originally zoned for use in a previous project, but unfortunately it never came to fruition. This failure forced the architects to think of new ways to develop the site as a tourist retreat: “This failure made us think in a different ways of developing the potential interest of tourism.” 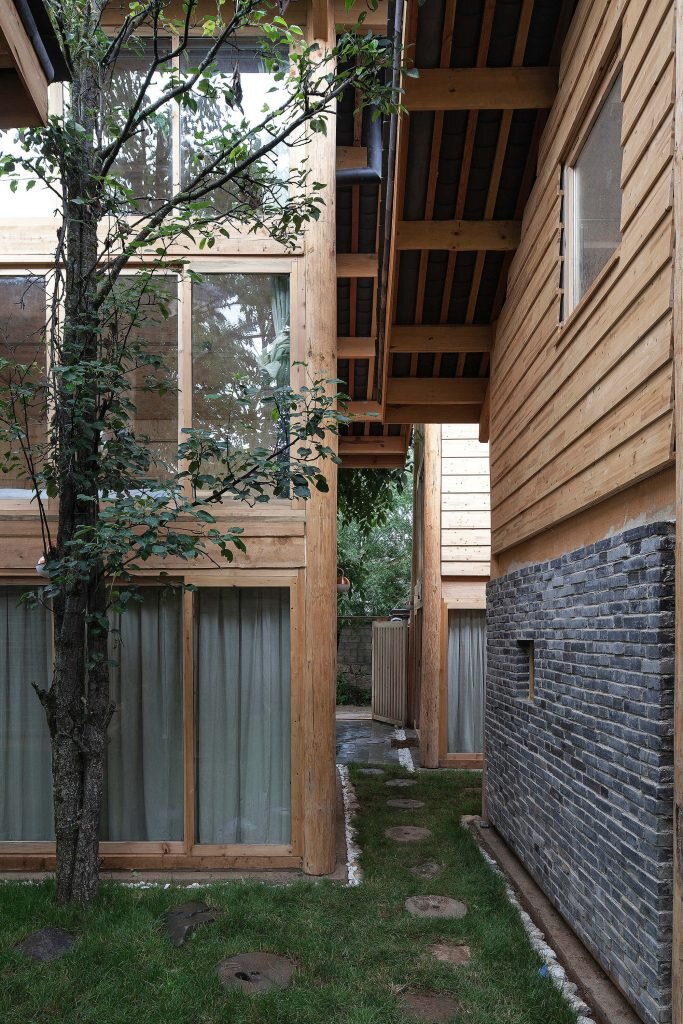 In the end, they settled on creating a “little town within the town”, mimicking the streets and alleyways of Baisha. The result is a tightly knit cluster of small buildings, orientated to provide privacy between one another, and to form winding paths in and out of the site. 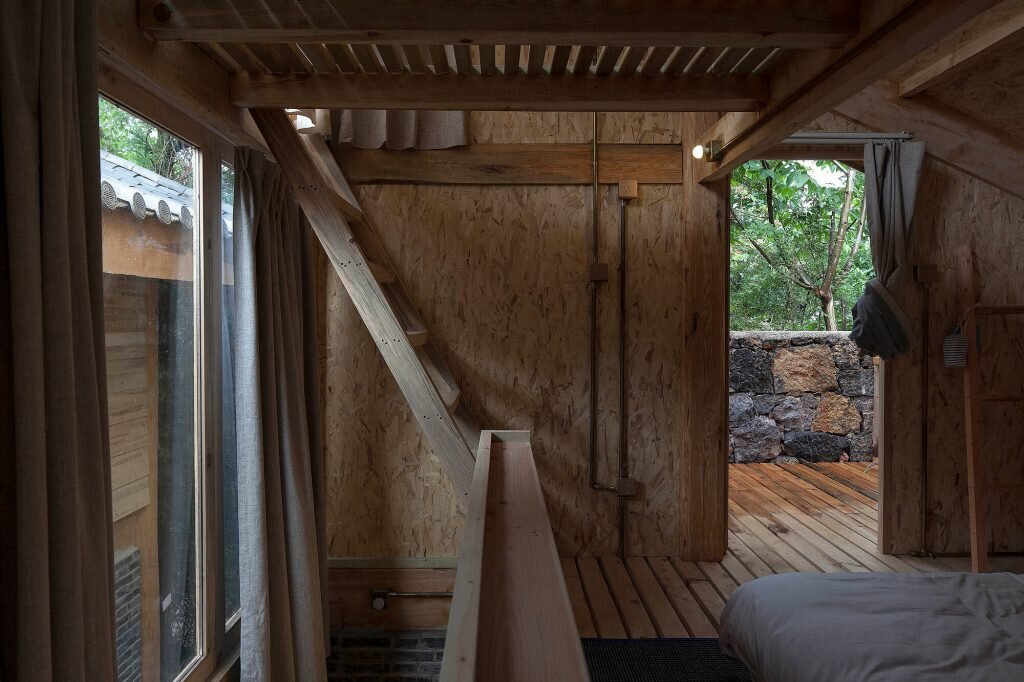 From the architects: “Creating the high density we would face the privacy and relationship with the surroundings. These two inputs would eventually configure the project. Our interest to explore these imaginary lines between private and public led to a configuration of single units scattered on the site creating a ramification of the town planning.” 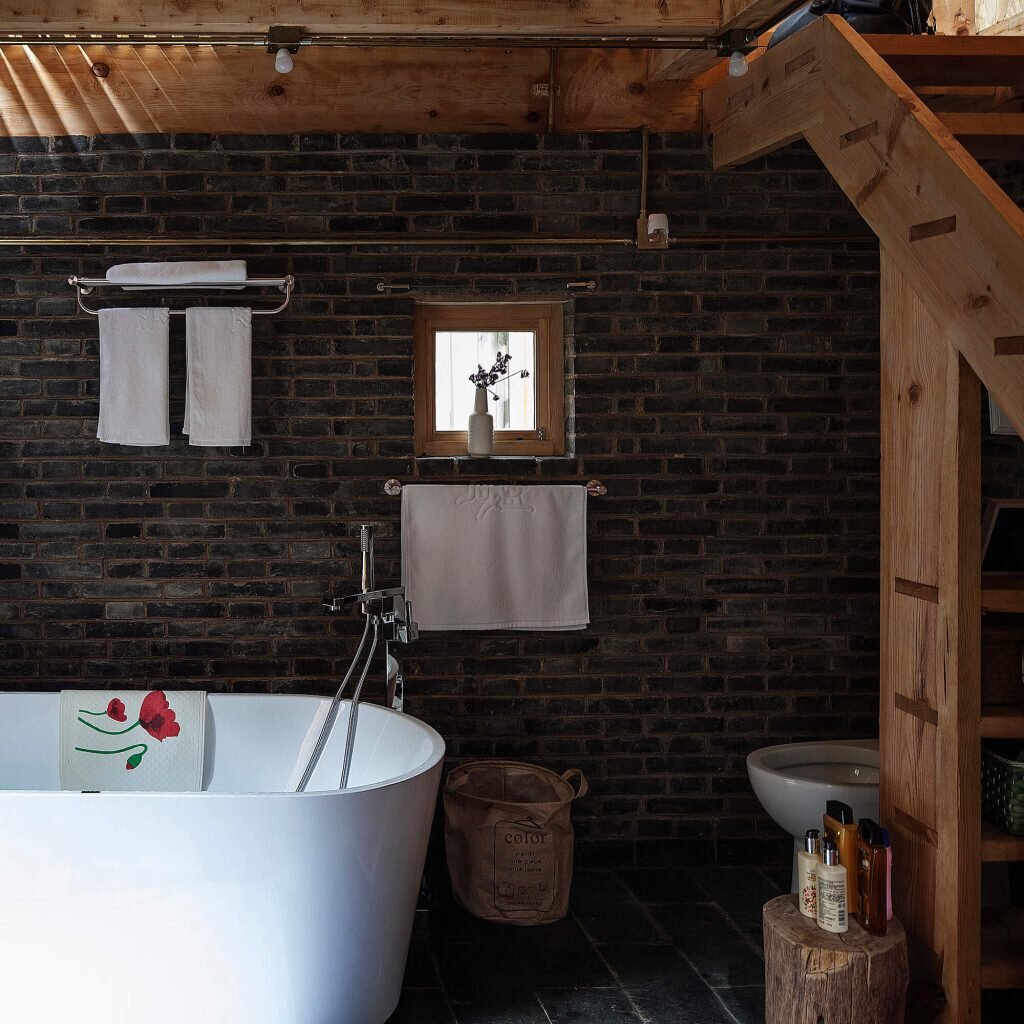 Each unit is is just 13.1-feet (4-meters) square. They’re mainly built with local pine wood, and mud brick. The lower level is dedicated to a relaxing bath set up, whereas the upper level serves as a sleeping space. To keep the place warm in the colder months, they’ve been kitted out with wood-burning stoves. 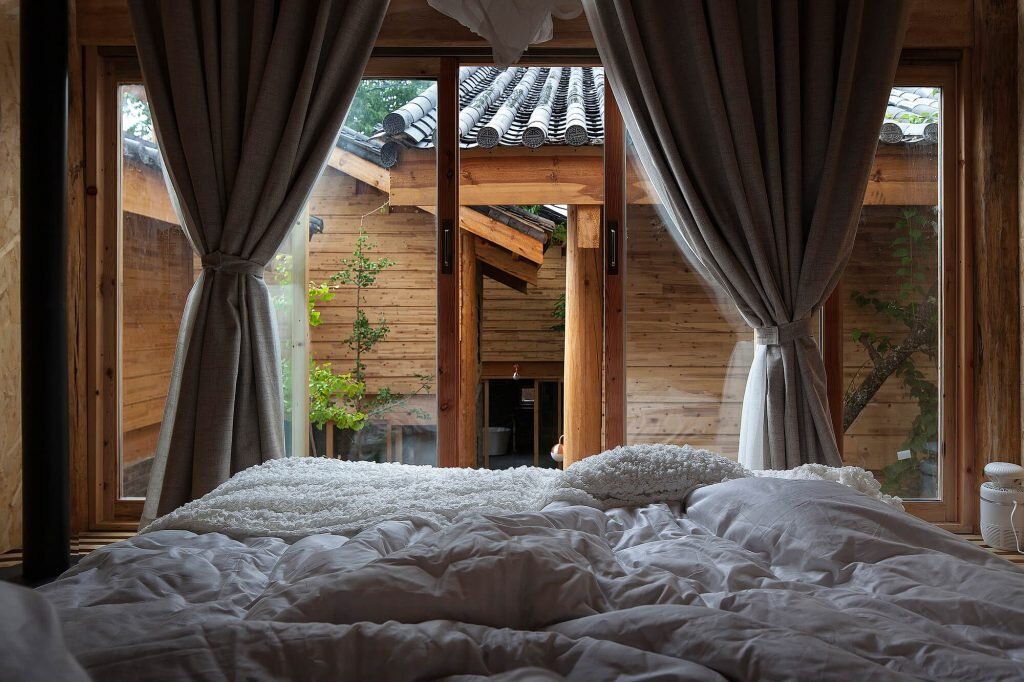 For more retreats check out this disused Norwegian barn that’s been converted into a cozy hideaway. Or, this retreat in Bali that’s set among the jungle forest. See all retreats.

Tab House by Takanori Ineyama is Designed to Ease Migration

Morning Dew Guesthouse Houses Up to 24 Travelers At a Time