The client of this home from Graça in Portugal asked for a light-handed approach to the renovation of their home – no structural elements were harmed in the making of this apartment.

The owner contacted a local firm called ARRIBA, who acted primarily as interior designers. Works were completed back in 2016 and the project was dubbed Franklin. 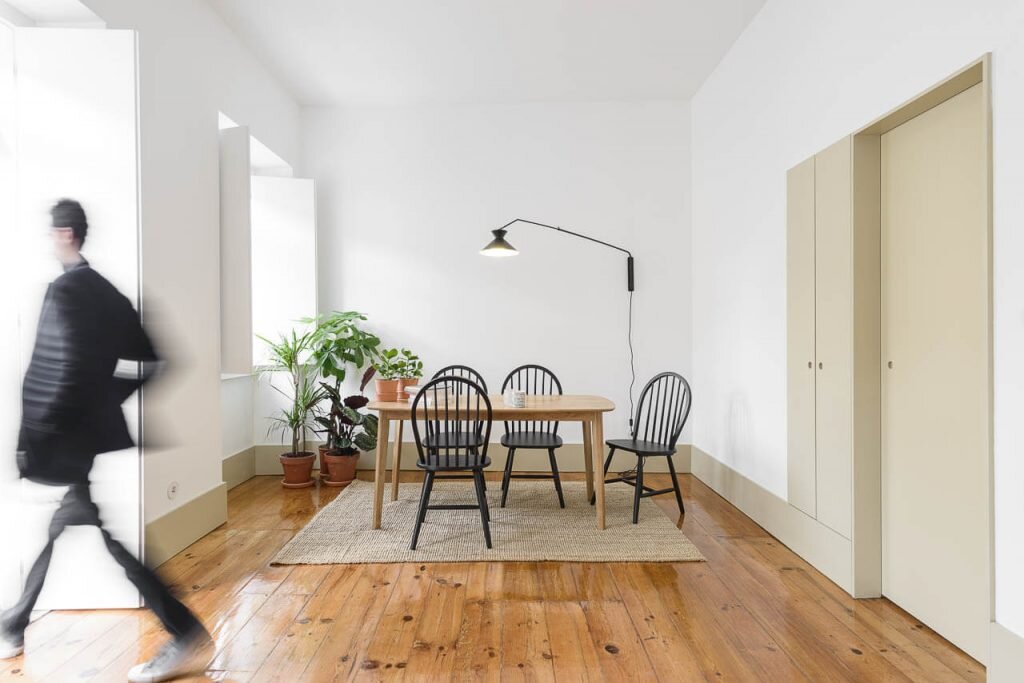 The property consists of a 753.47-square-foot (70-square-meters) apartment. When approached by the client, ARRIBA were presented with a simple brief: “The operation should adapt the interior space of the apartment to a contemporary way of living, without major structural modifications.” 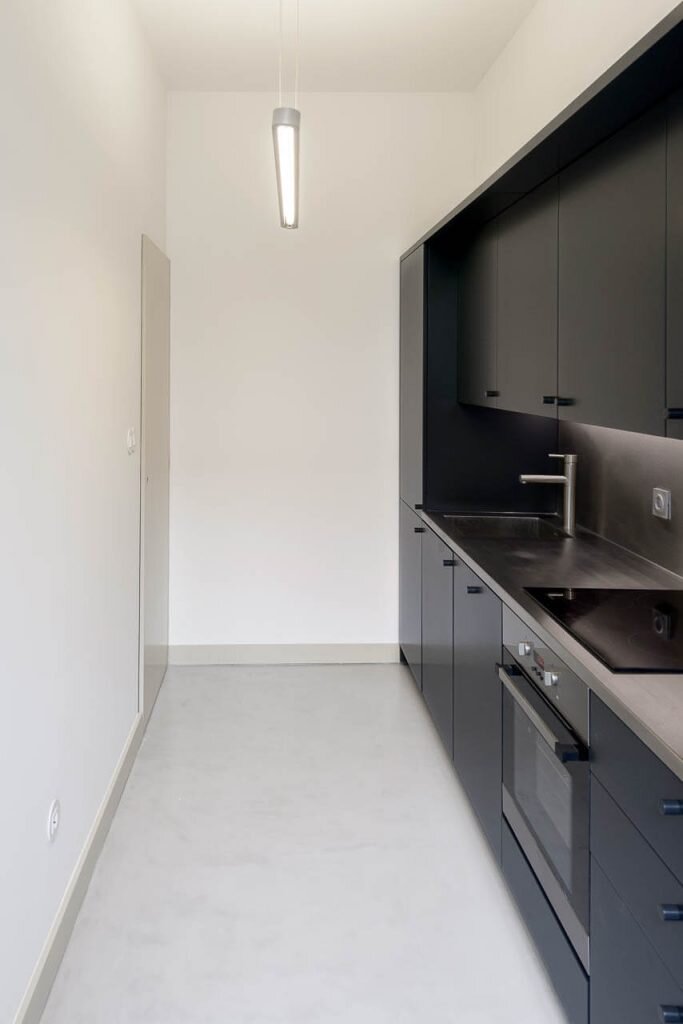 Partition walls were game, but structural elements were beyond the scope of works. For this intervention, the designers opted to create a very neutral space. The finished home is filled with white surfaces with olive accents. Much of the redesign feels minimalist, simply due to the lack of stuff. 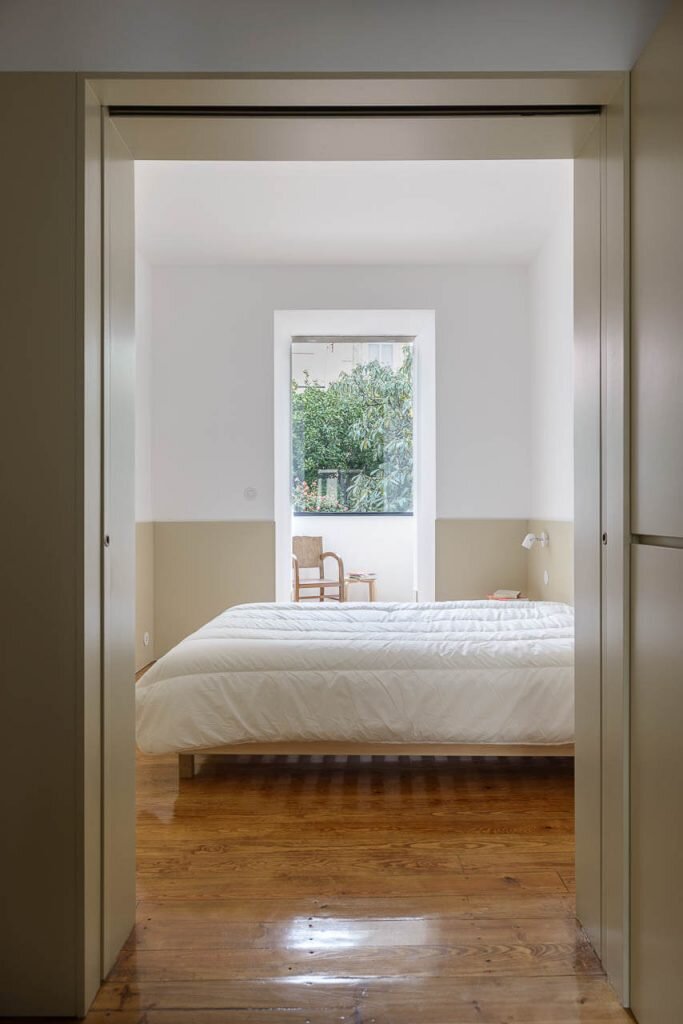 Previously, the property had two bedrooms. You had to walk through one bedroom to get to the other. This was one of the first things to change in the layout. The apartment now has a single bedroom, and accessed via a multi-functional room which has a fold-down bed built into it for occasional use. 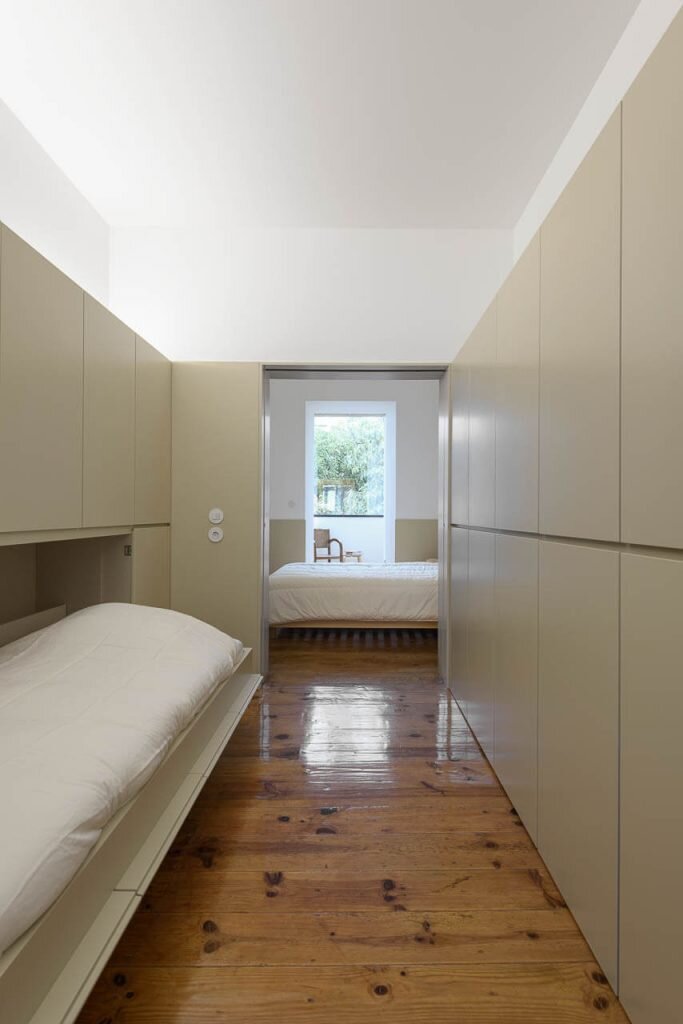 Sliding doors, flush built-ins and drop-down elements make up the guts of this renovation. Everything can be stored away in order to maintain a series of living spaces uninterrupted by belongings and tack. A simple galley kitchen sits opposite the bathroom, and the two of them lead through to a small dining area, overlooking the street below. 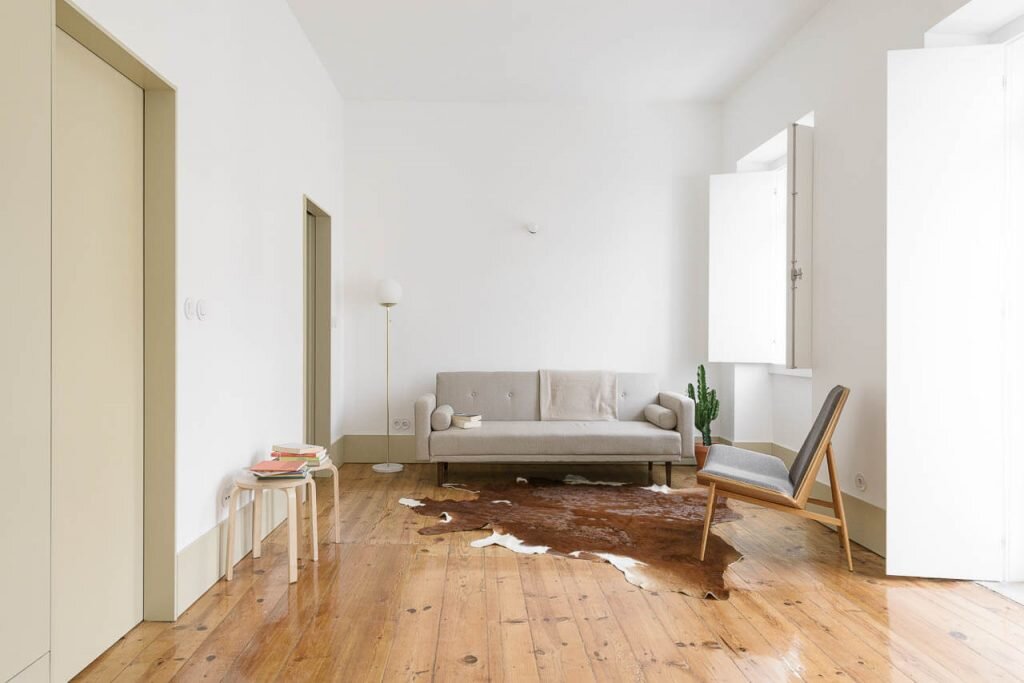 With the building being old, you’d think there were a few historic pieces they could have exposed. Unfortunately this wasn’t the case: “Despite the initial desire to recover some of the original elements of the house, we soon realized it wouldn’t be possible mainly due to the advanced state of deterioration of many of them, being the wooden floor one of the few we were able to keep.” 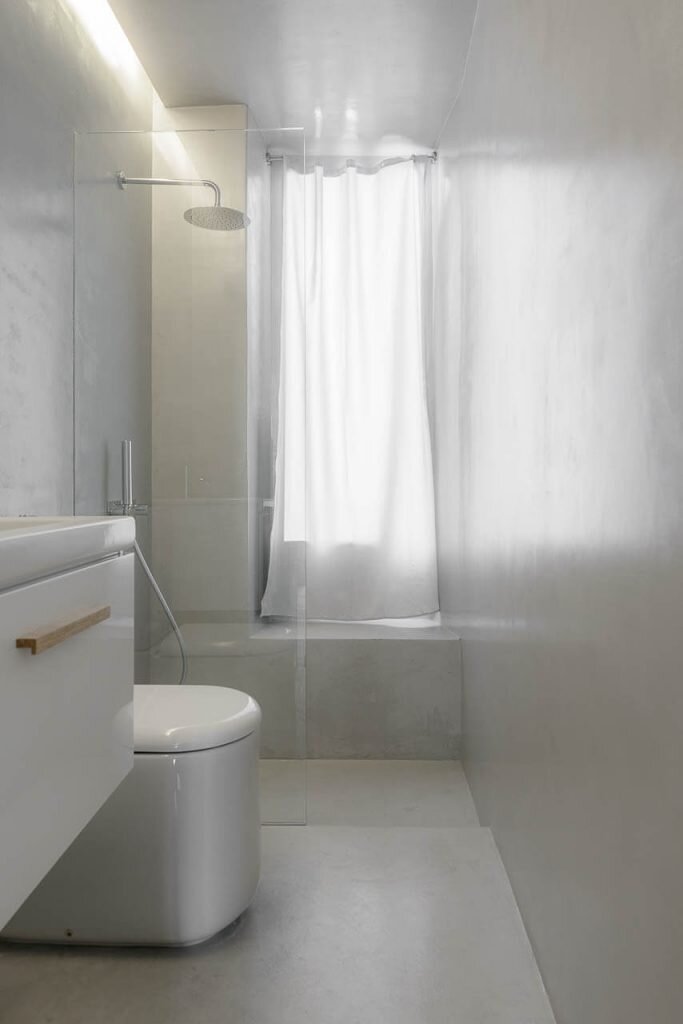 For more apartments check out Tailored Design Lab’s use of a draped wall to filter views and create rooms. Or, Copenhagen Spirit, a minimalist apartment from Moscow. See all apartments.