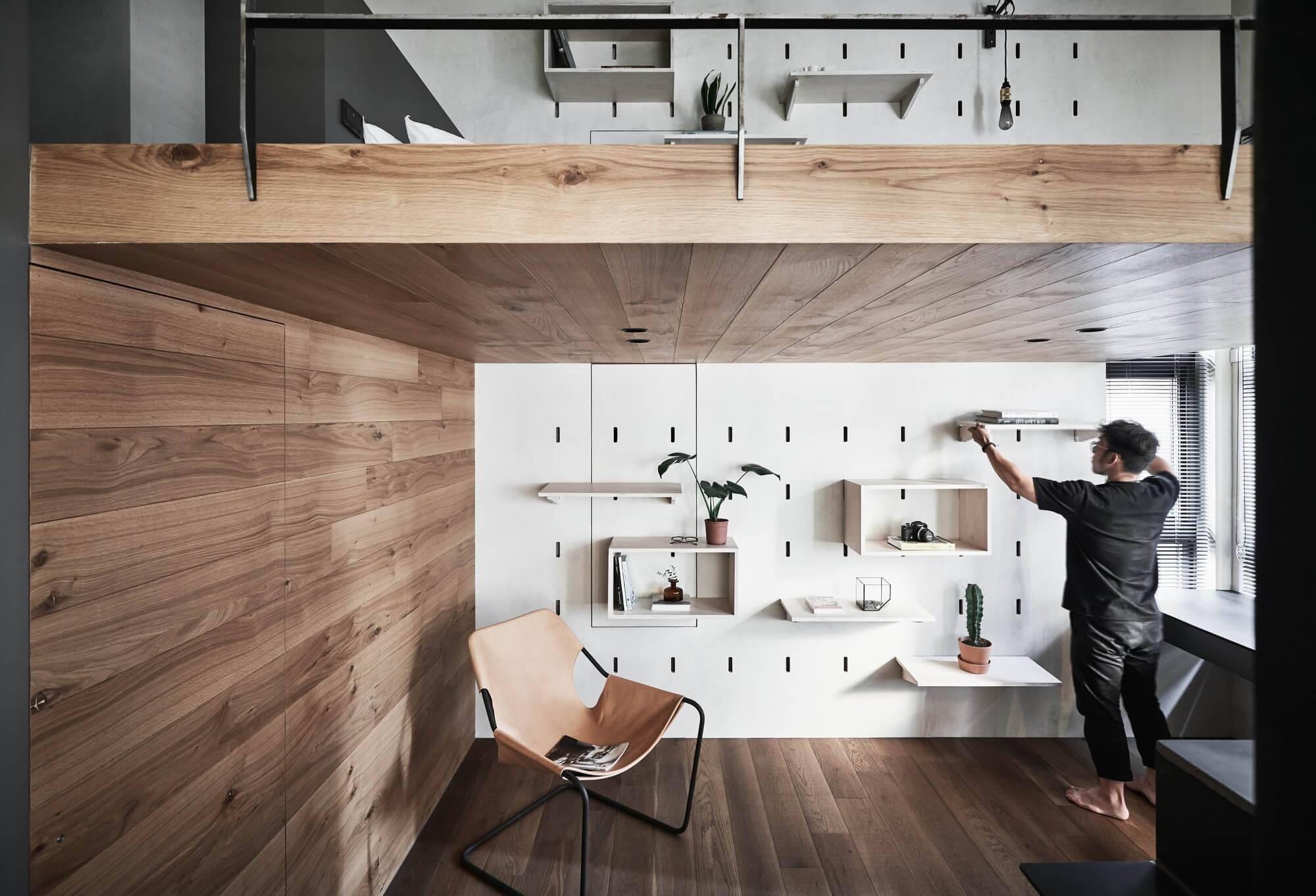 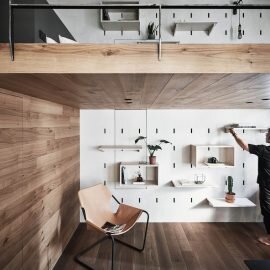 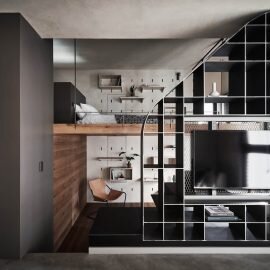 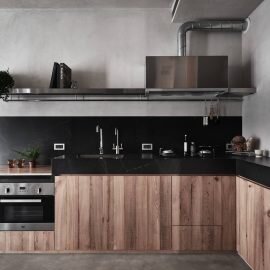 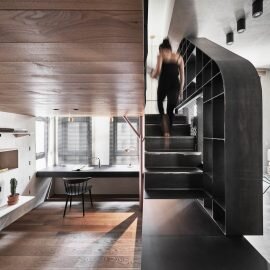 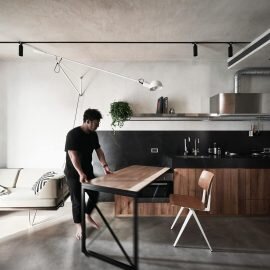 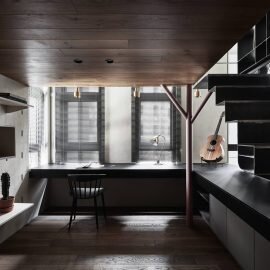 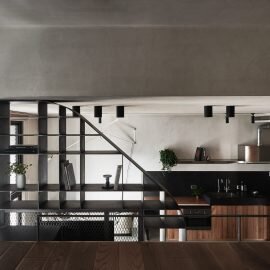 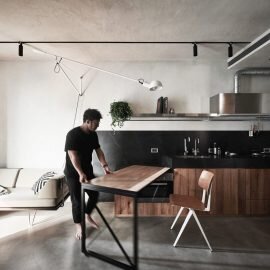 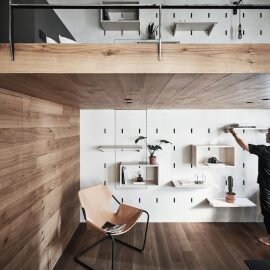 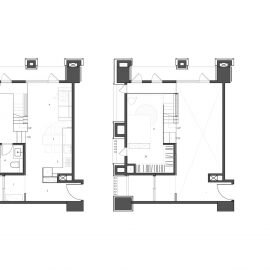 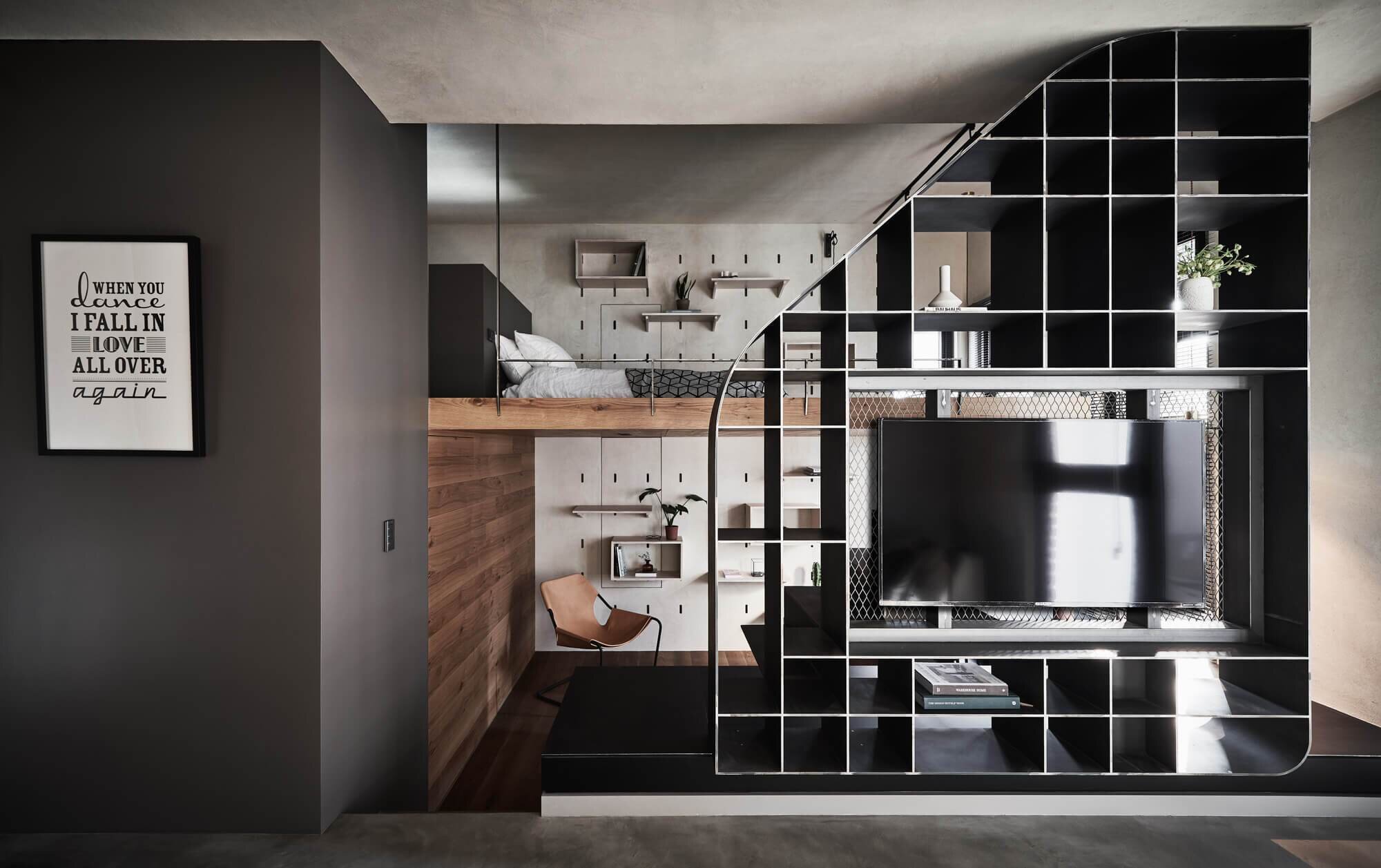 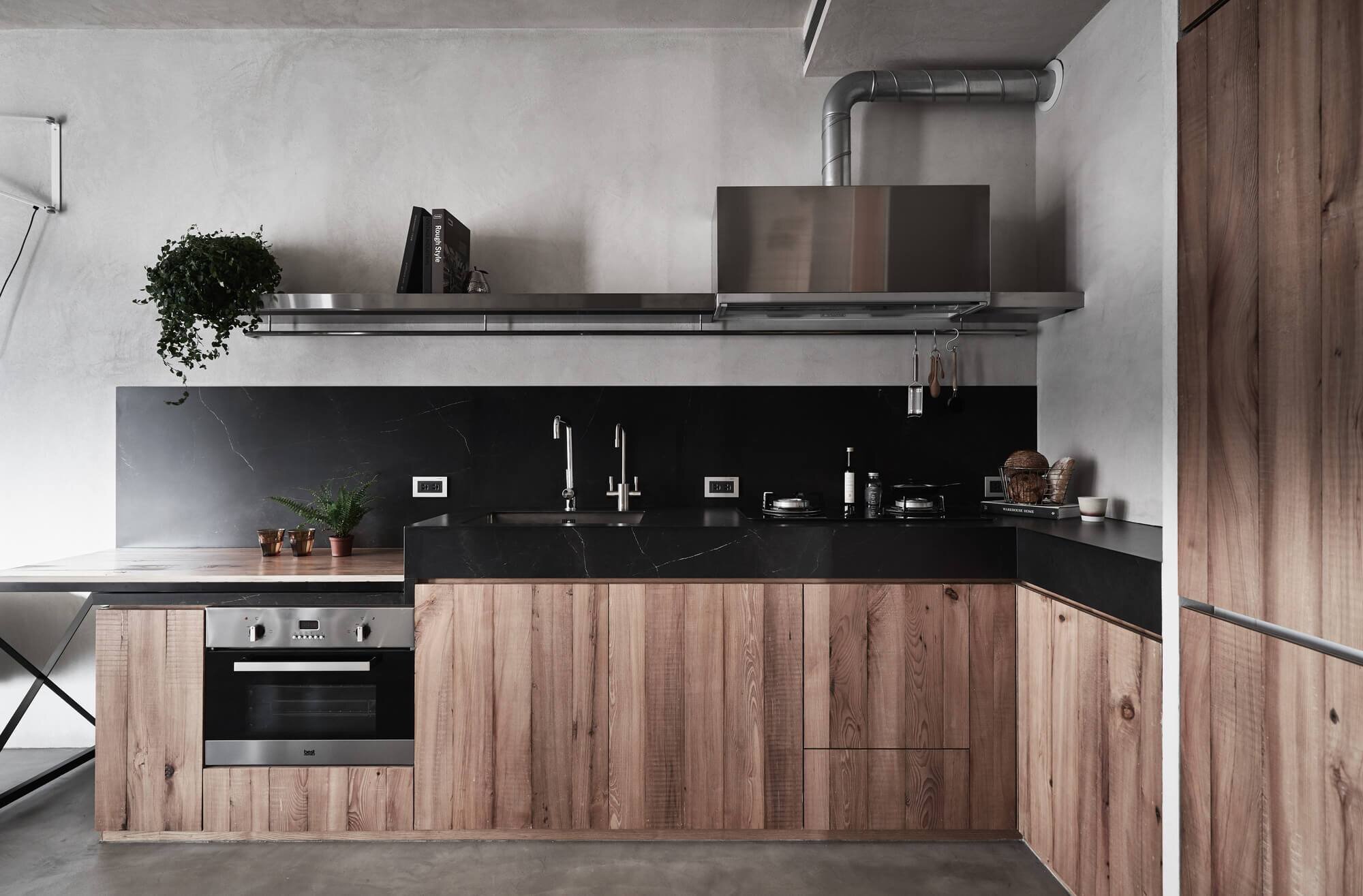 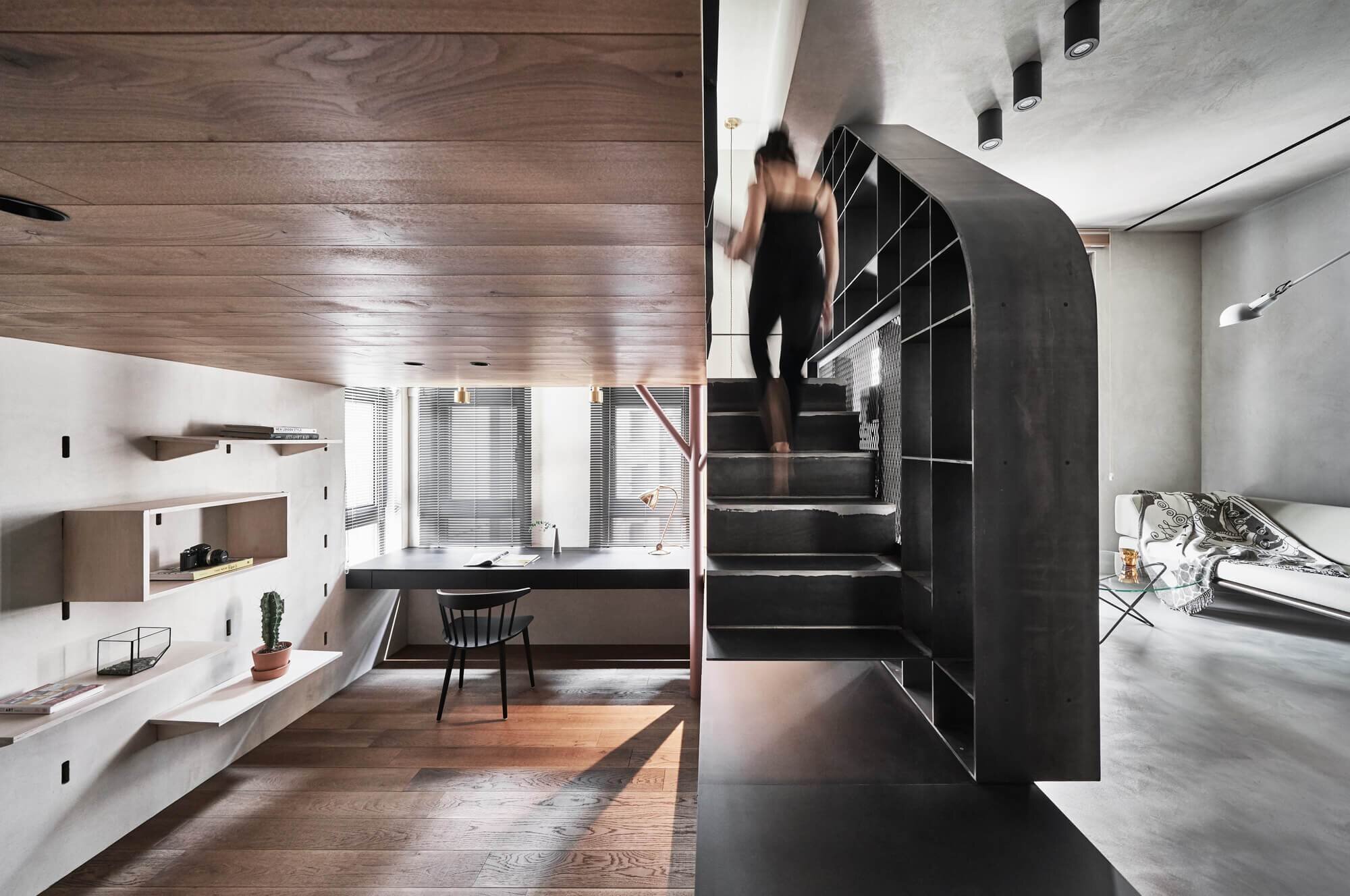 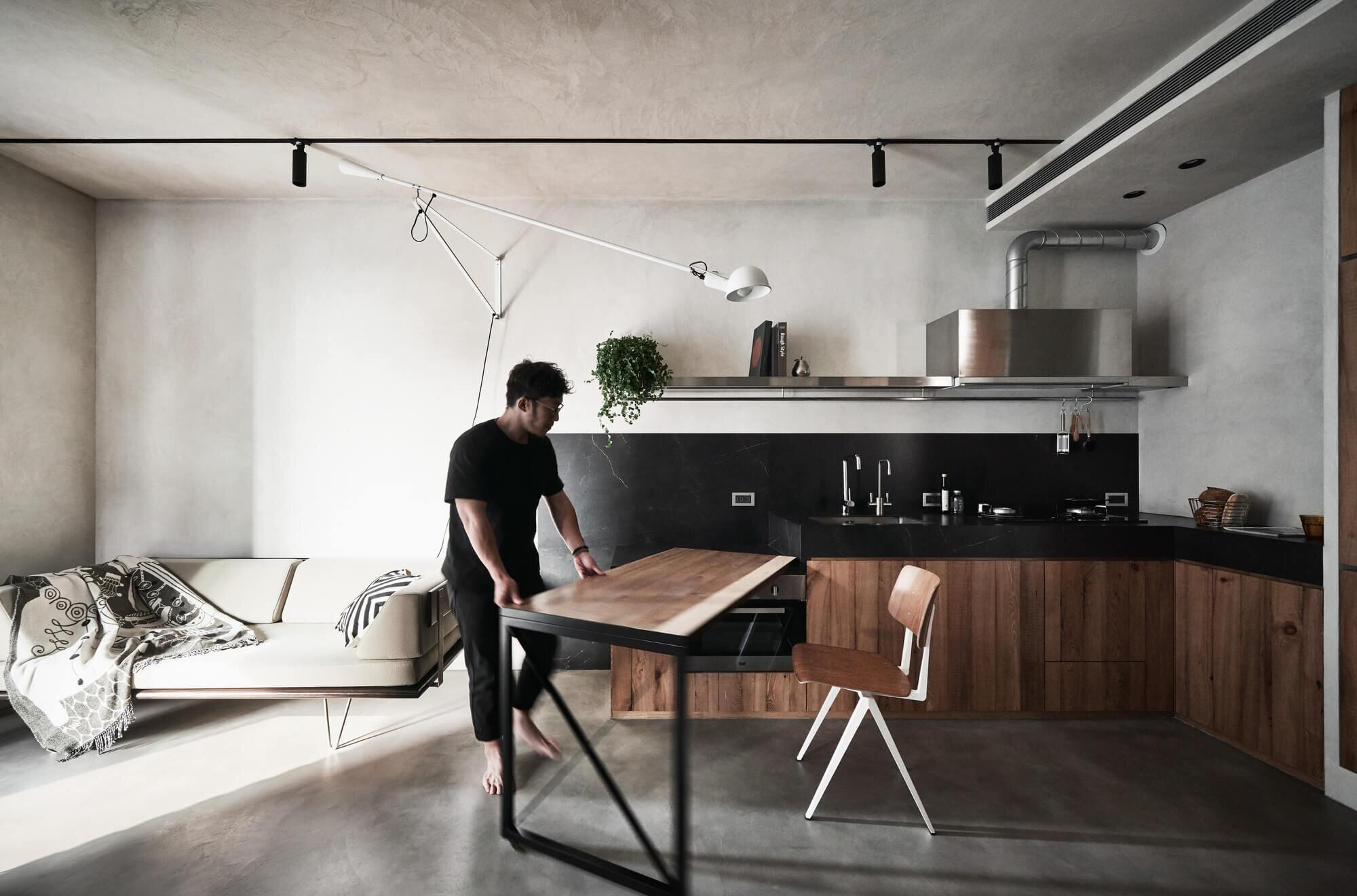 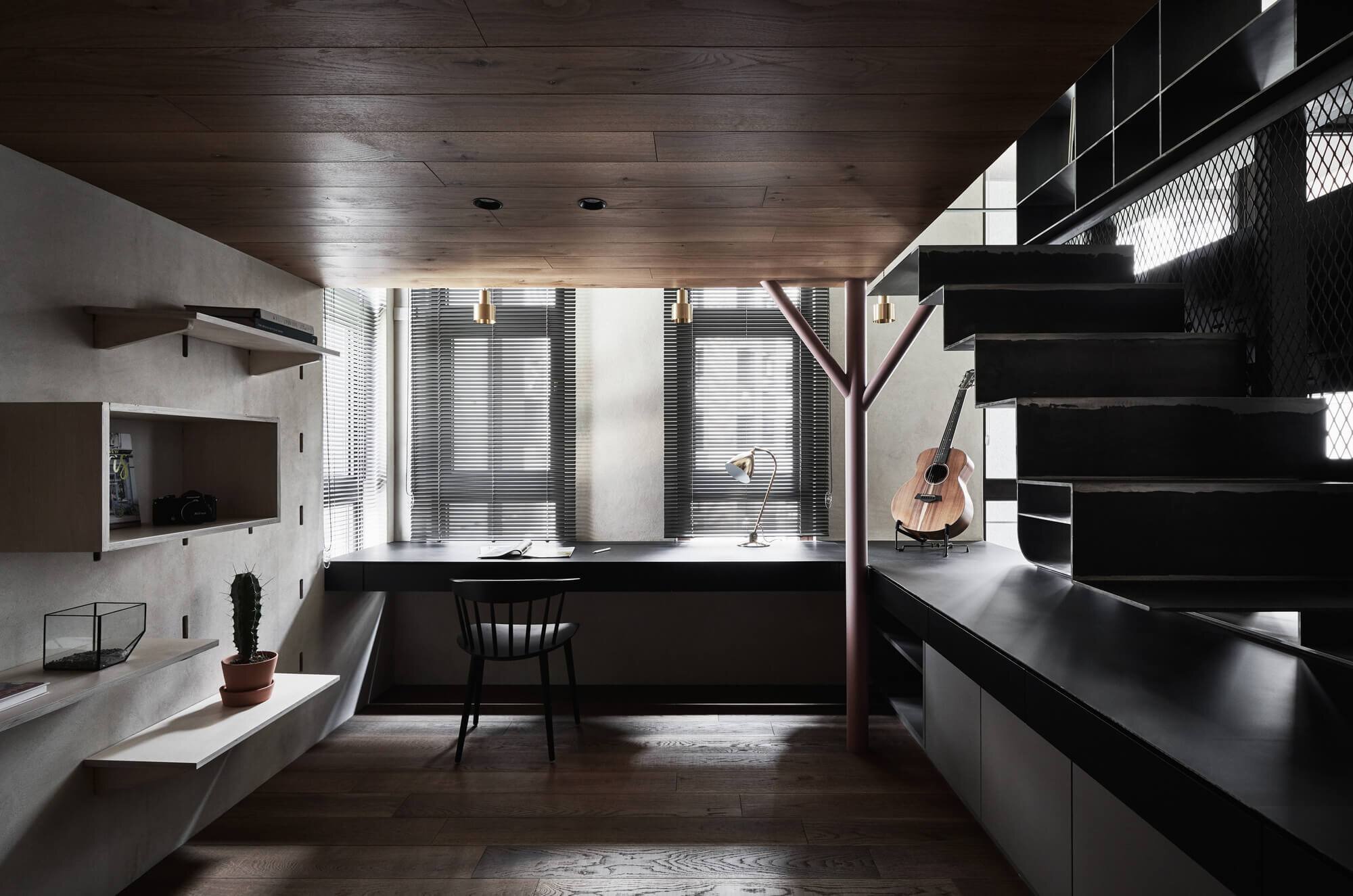 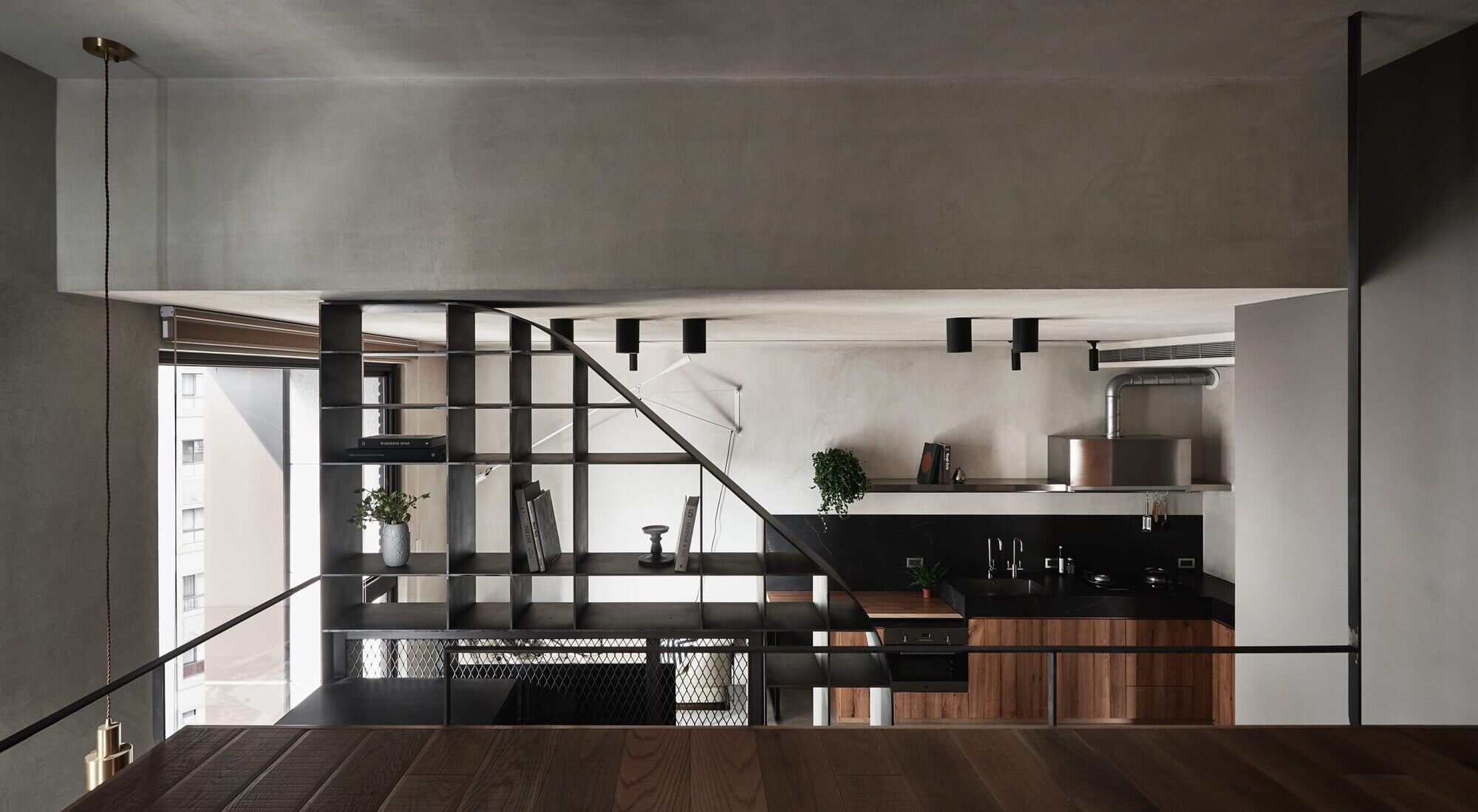 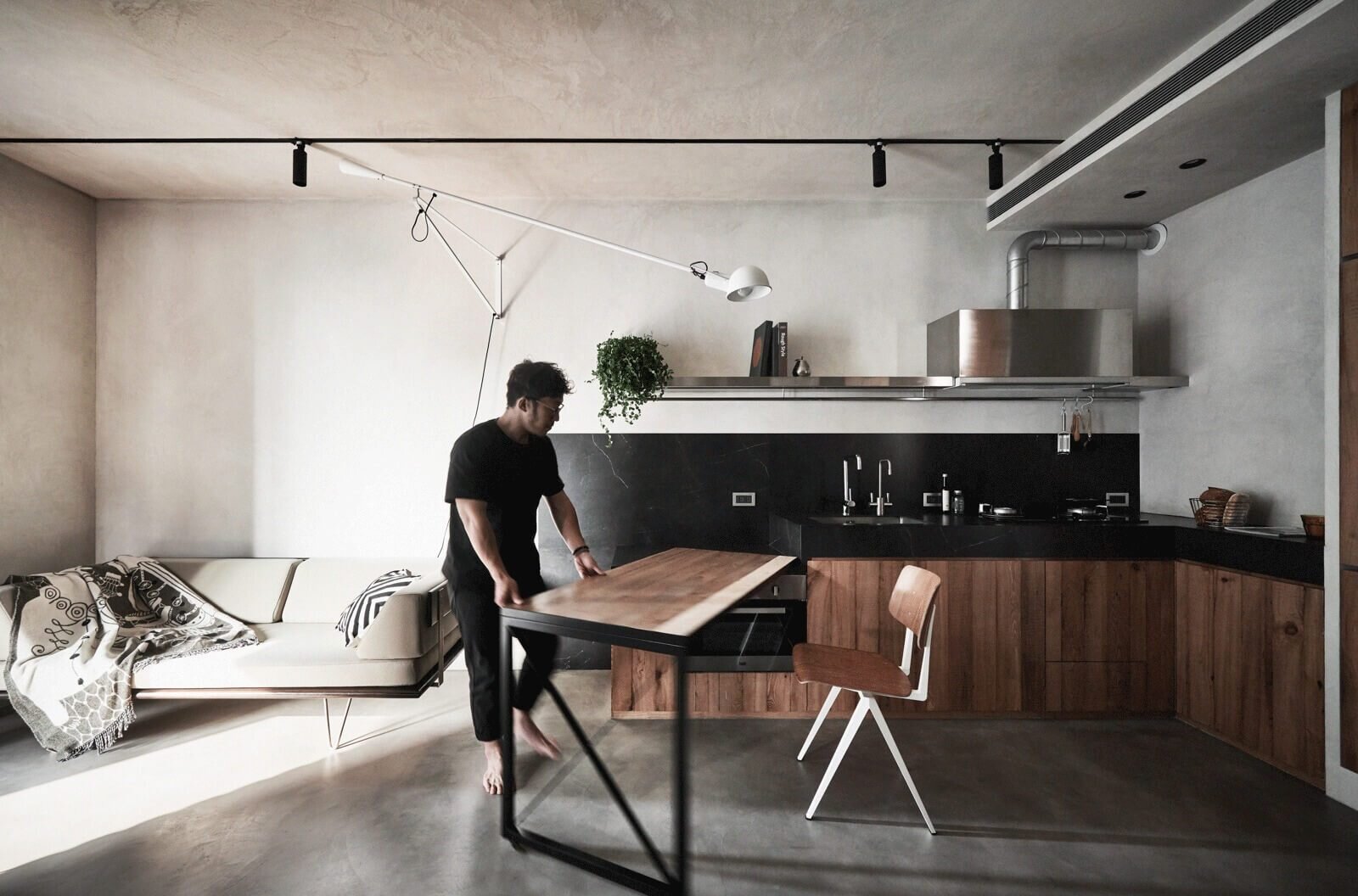 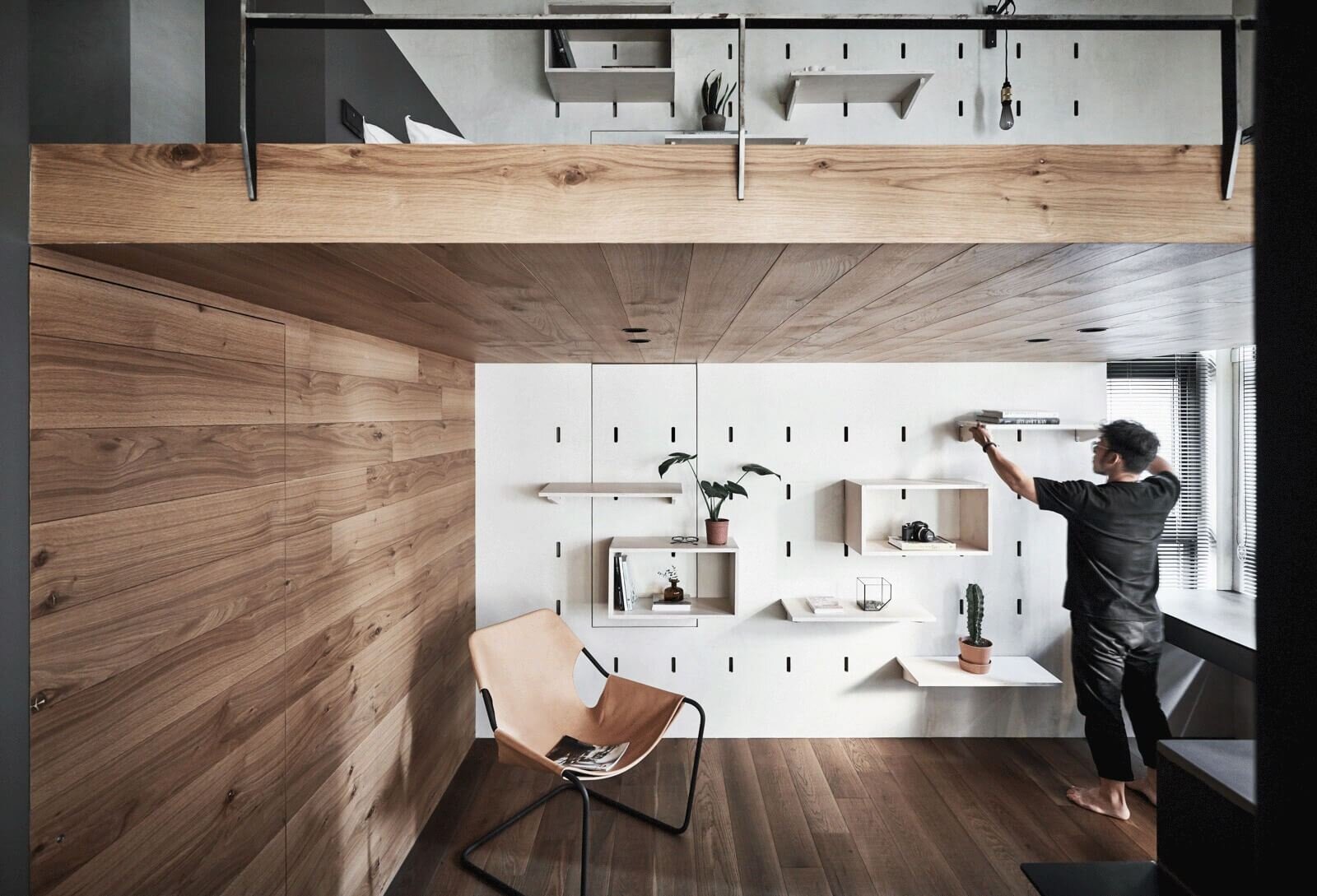 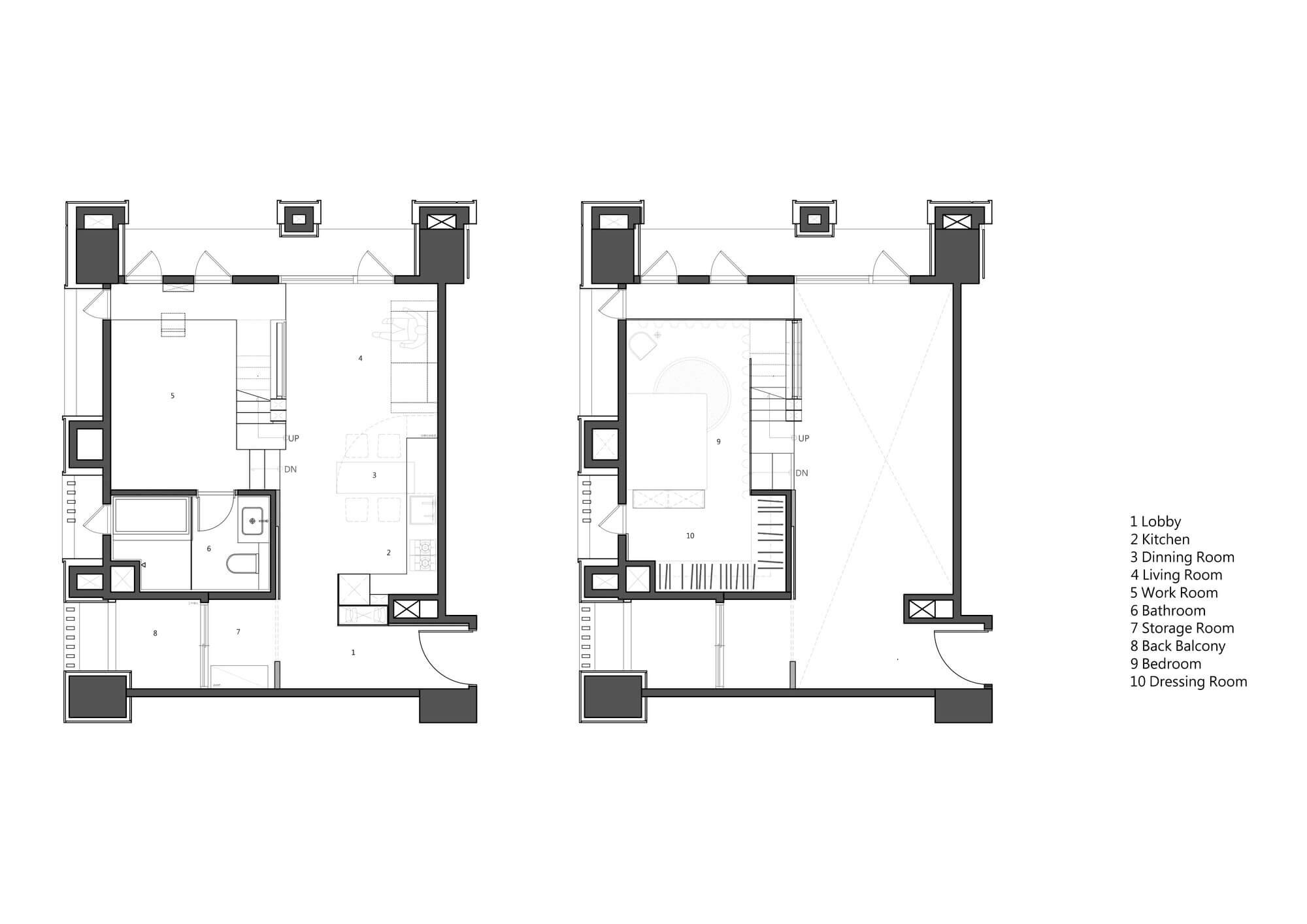 Based in the bustling city of Taipei in Taiwan, this small apartment has been retrofitted to suit the needs and lifestyle of its new owner.

The project, which has been dubbed Apartment X, was completed in 2018. The redesign was carried out by a local firm called SKC Design Studio.

The unit is on the small side with about 430.56-square-feet (40-square-meters) to play with. Although the property does have tall ceilings, something which SKC Design Studio have taken advantage of.

Initially, after the preliminary discussions and briefing by the client, the designers thought the space wouldn’t be big enough to cater for all the owner’s needs. However, with some consideration of the space, and a few space-saving ideas, they were able to incorporate all of the clients desires.

SKC’s first task was to address the operational use of the space – how to include all the features the owner asked for, while also ensuring the apartment remains functional. Much of it is resolved through the introduction of a mezzanine area that serves as the bedroom.

The interior has been largely finished in white and wood. Unlike some apartments, Apartment X actually has a reasonable amount of windows, both to the front and side of the plan. The windows, coupled with the light finishes and open plan, help keep the interior feeling spacious.

The first level of the apartment contains the living room, dining area and kitchen. The dining table can be swung out, or nested against the kitchen counters to save space. A series of steps off the kitchen will either take you up to the bedroom, or down to the home office and bathroom.

Some space-saving ideas include the peg-like wall, which allows the occupants to rearrange wall-mounted storage and shelving to suit their needs. The property also features balconies that overlook the cityscape on both its front and side.

A Barcelona Apartment Gets the White Treatment by Raúl Sánchez