It would be easy to mistake this tiny cabin for another boulder on the mountainside. The rock-shaped cabin has been designed by the architecture studio Bureau A, and sits very discretely in the Swiss Alps. Called Antoine, the structure-cum-sculpture is inspired by a character from one of Charles-Ferdinand Ramuz’s books. 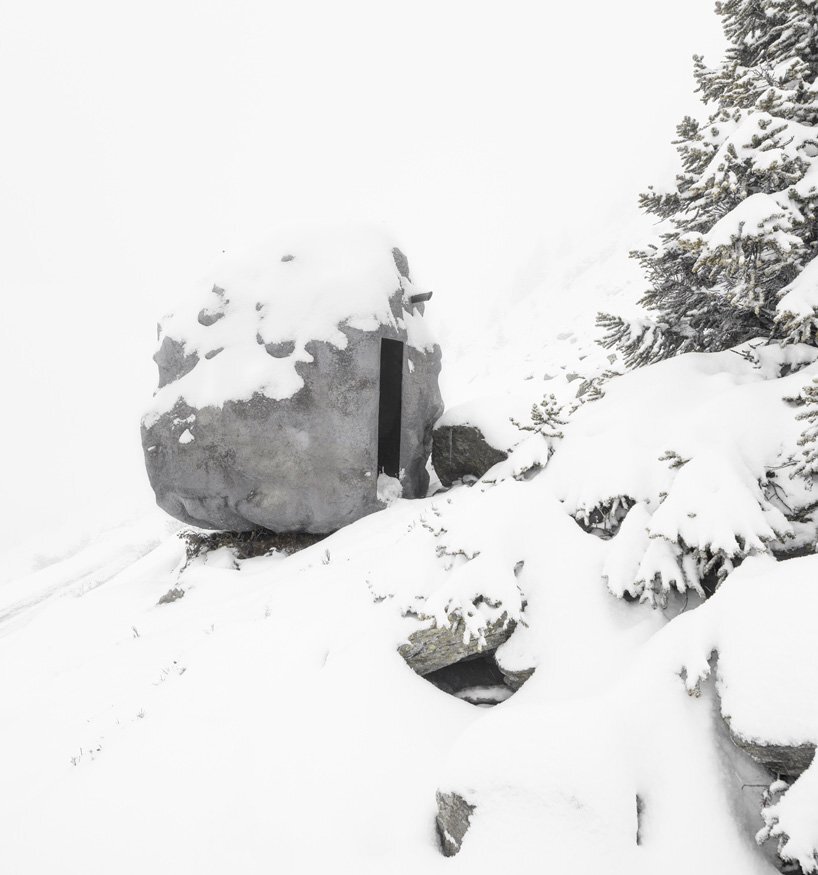 Charles-Ferdinand Ramuz was, and is, one of the Swiss’s most famous writers. In his novel, Derborence, the main character Antoine survives the massive rockfall of Lizerne in 1714, and it was from this novel that Burea A derived their own homage to the writer. 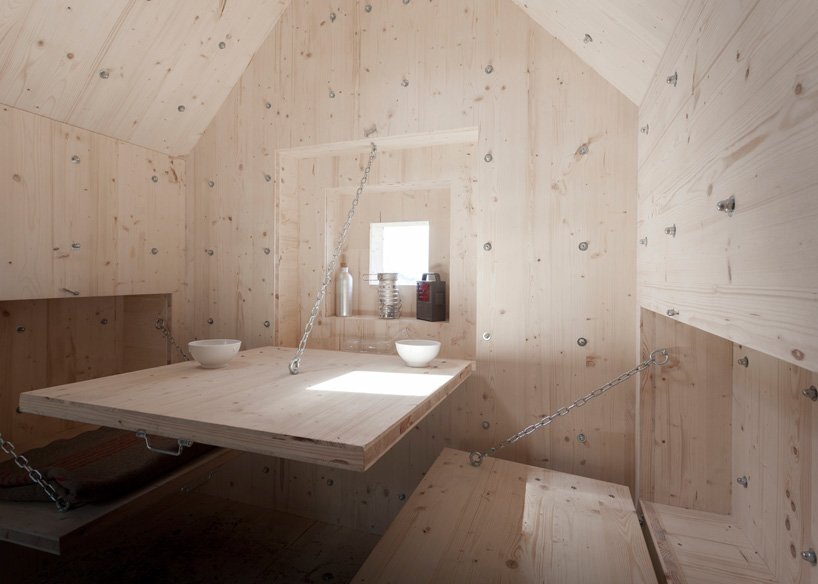 The tiny cabin was commissioned during an artist residency at the Verbier 3D Foundation. Despite its outward appearance, the interior is a cozy, modern, habitable space. The inside has been finished entirely in light wood, with several pull-downs and fold-away items to form the different living areas. 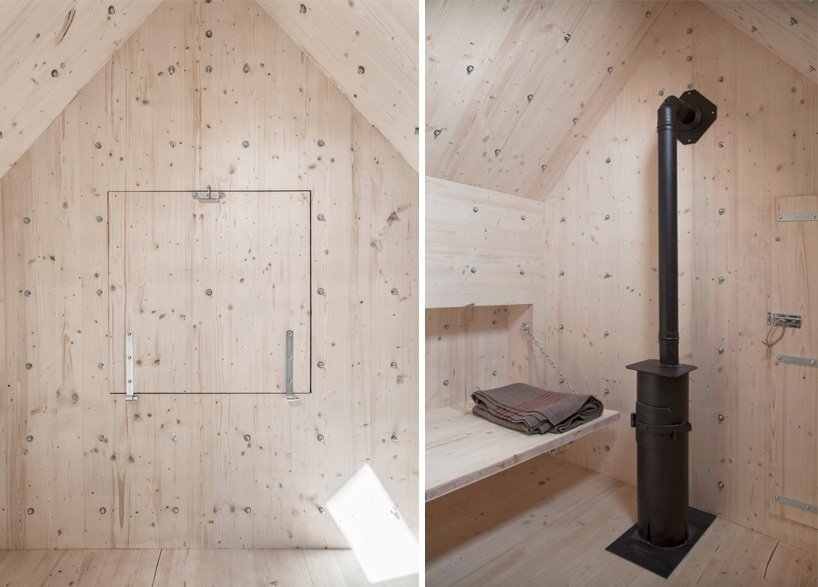 The cabin contains a wood-burning stove, a single bed, a fold-down table, and a stool. To light the interior, there’s a small picture window in front of the table, as well as a skylight in the roof. When not in use, all the items (bar the stove of course) can be folded up to create a larger central area. 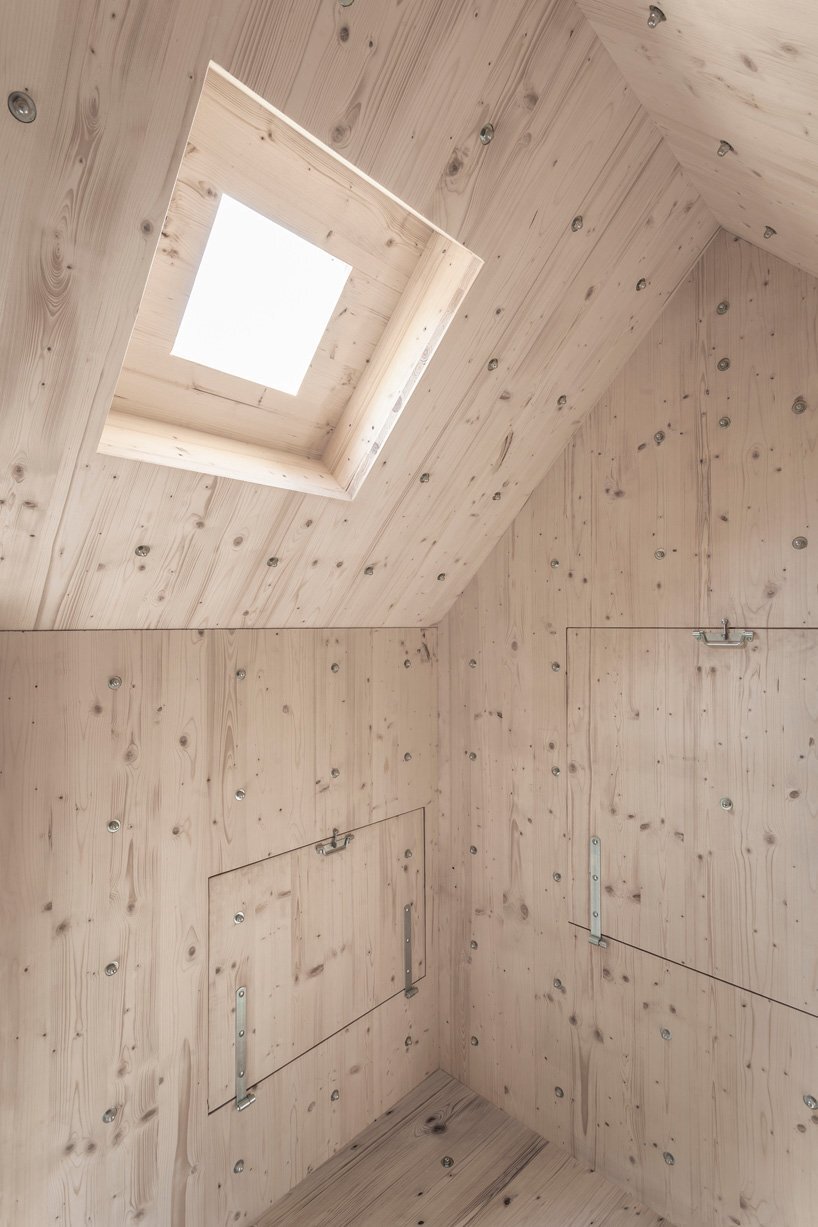 Antoine is also partly derived from the traditional hidden Swiss bunkers that were often used for military purposes. The cabin/sculpture is one of the most unique tiny getaways I’ve come across, and it was certainly make for an interesting stay. 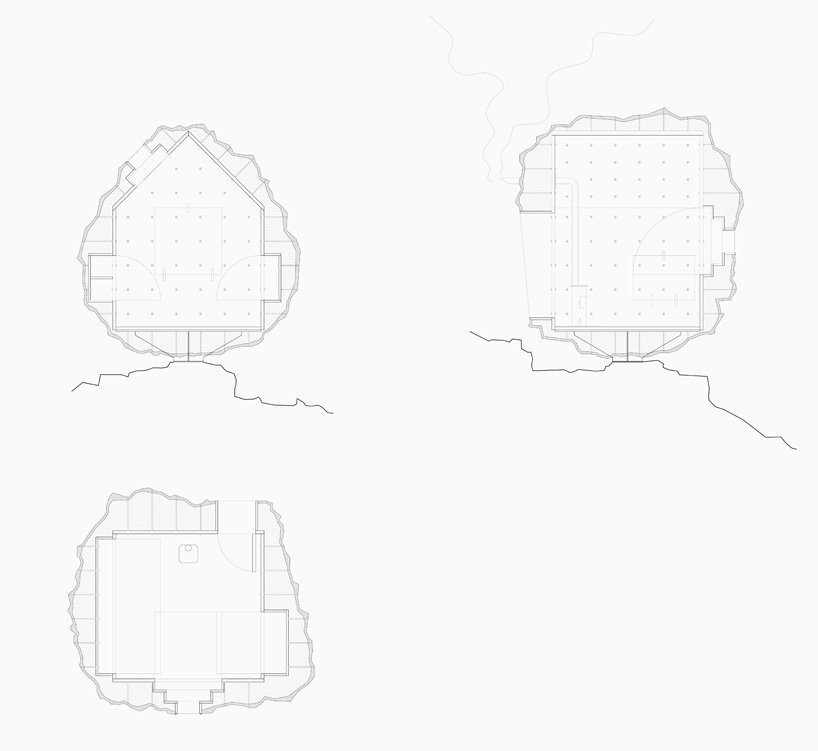 For more cabins check out the Woody15, a tiny off-grid retreat constructed from Cross-Laminated Timber. Or, this modern family home, called F House in Normandie. See all cabins.

Small House Gets A Modern Renovation For A Family In Slovenia

The Glass House - A Rustic Retreat In The Hills Of Wisconsin