Set the the bustling city of Barcelona, this old apartment has been given a new lease on life thanks to the work of local architecture firm AMOO.

The apartment can be found in the Doe de Maig Passage, and was originally built in 1930. Over the years the interior had been renovated and rejigged to the point where most of its features had been concealed or lost. 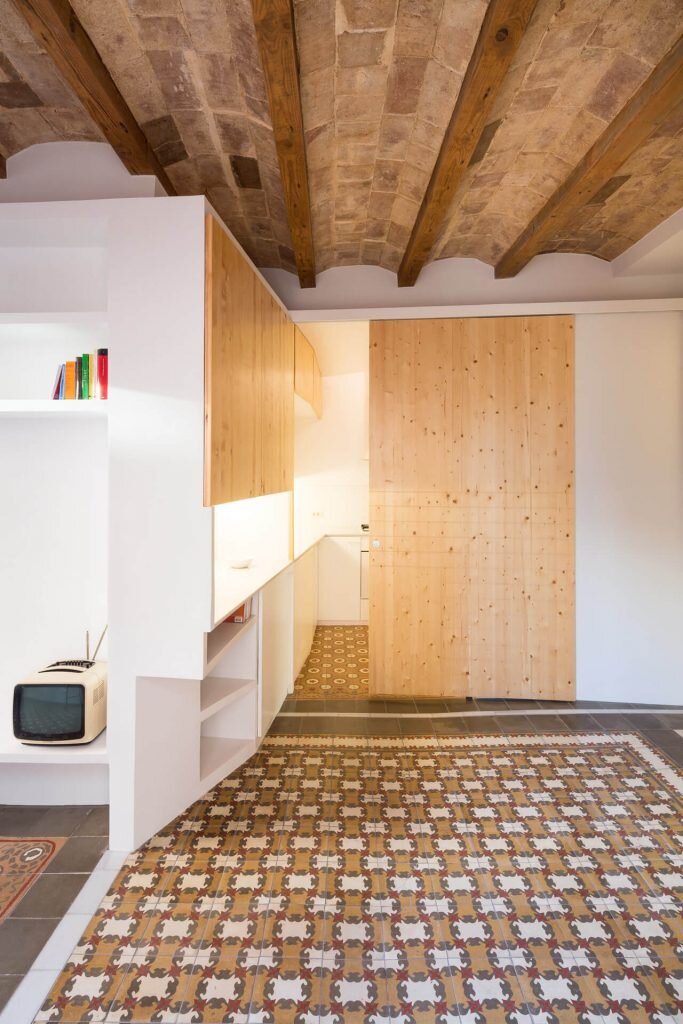 The owner and client of the property contacted AMOO to help restore and update the apartment. AMOO saw the opportunity to open up the floor plan, and reveal as much of the unit’s original character as possible. As a result, only one of the existing partition walls remains. 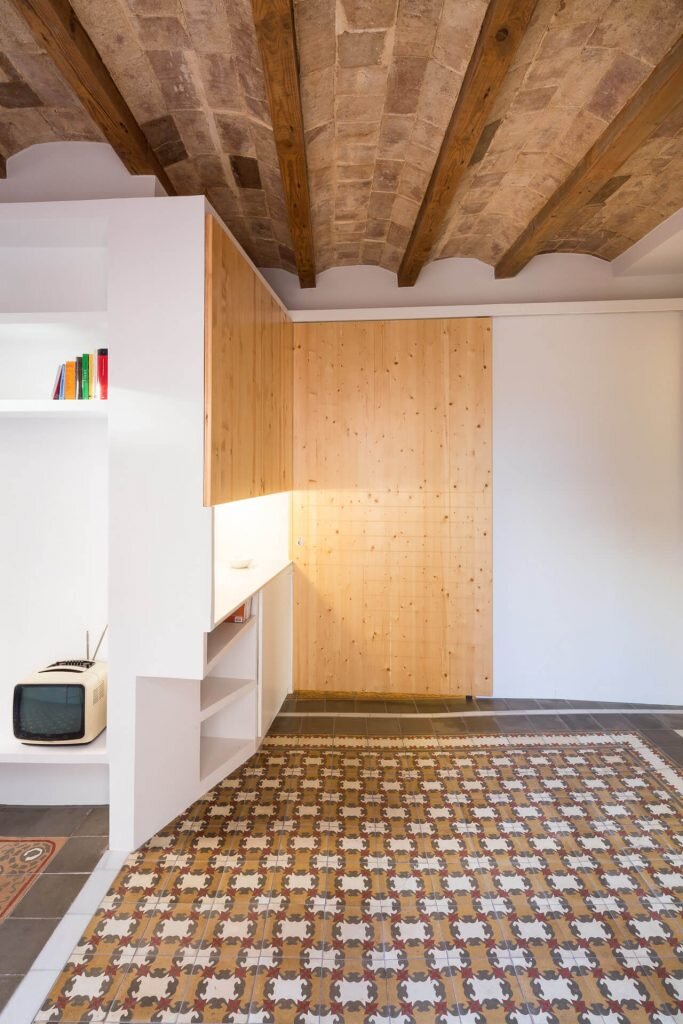 They also decided to remove a false ceiling, which was covering up the wooden beam and ceramic vault structure. It’s since been left expose to reintroduce character. The floors are tiled throughout in true Spanish style. After removing the partitions they were left with small “disruptions” to the flooring. These disruptions have been infilled with marble. 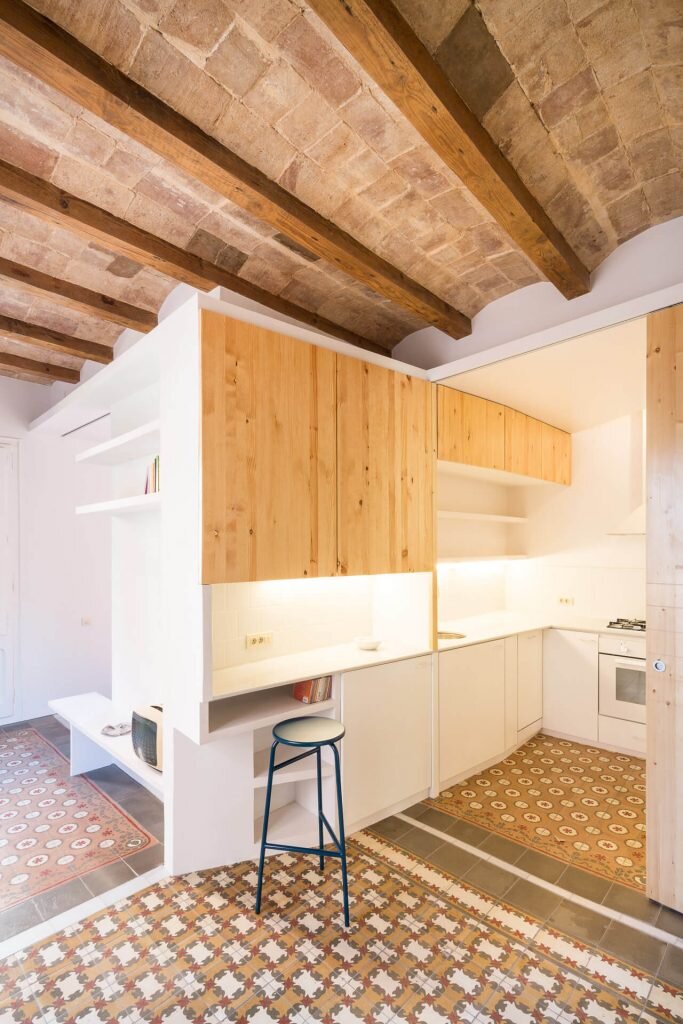 All told, the apartment contains a total of 398.26-square-feet (37-square-meters). This is has been divided up into a bedroom, a living room that flows into a kitchen/dining room, and a bathroom. There are also two balconies for the occupants to take advantage of – one to the west, and one to the south. 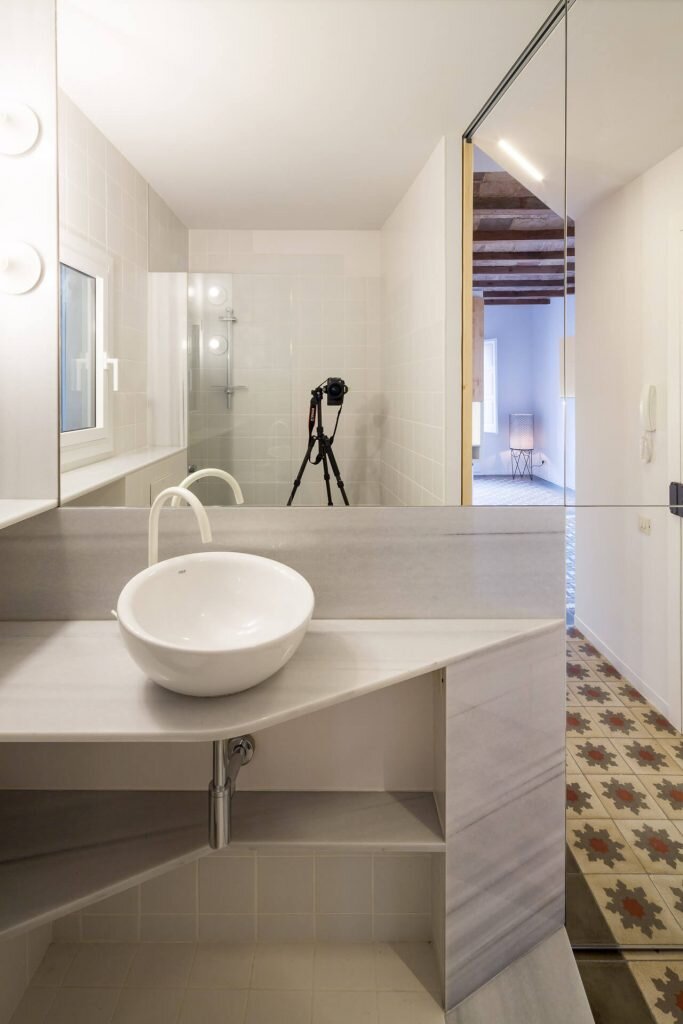 The interior has been kitted out with mod-cons. A new, simple but fitting kitchen has been installed, along with a modern bathroom that’s finished in marble. White floating shelves and storage units can now be found throughout, minimizing the need for standalone pieces that could disrupt the floor plan. 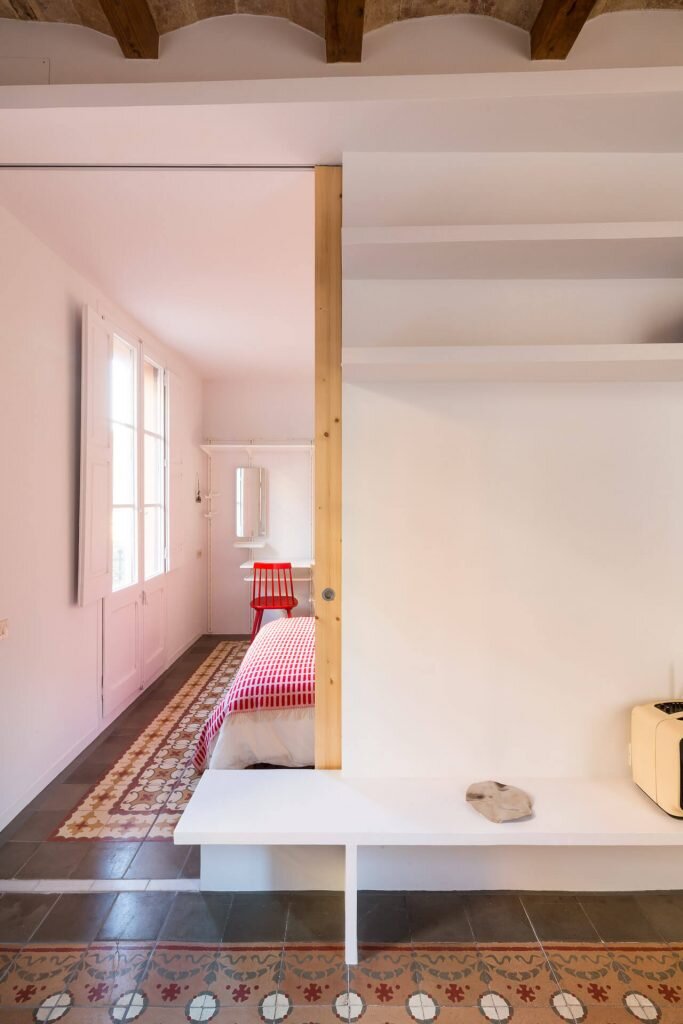 From the architects: “The patio totally absorbs the services (kitchen, toilet), which are expanded to make them compatible with contemporary uses and demands. Kitchen, toilet and bedroom are under the false ceiling line, while the continuous space of the hall, dining room and living room have the height of the beam filling. Simple solutions as large sliding doors and mirrors have been used, optimal in these cases of reduced spaces.” 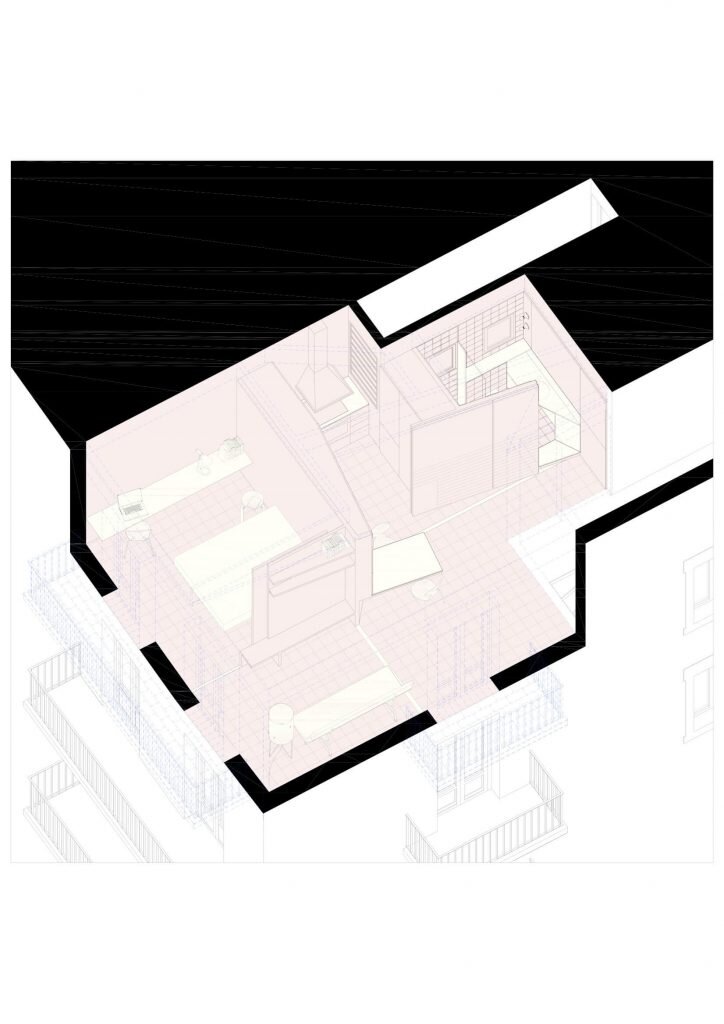 For more apartments, check out this overhaul by New Affiliates, which see’s an industrial building converted into a cozy home. Or, this property by Jose Castro Caldas, who creates an experimental home for architecture. See all apartments.

Morning Dew Guesthouse Houses Up to 24 Travelers At a Time