Spanish architecture firm A53 navigated the refurbishment of this apartment block’s attic. The building is placed in one of Barcelona’s oldest neighborhoods, la Ribera.

The prestige and history of renovating older buildings comes at a price; progress is often thwarted by challenges that arise from from age and bygone construction materials and techniques. 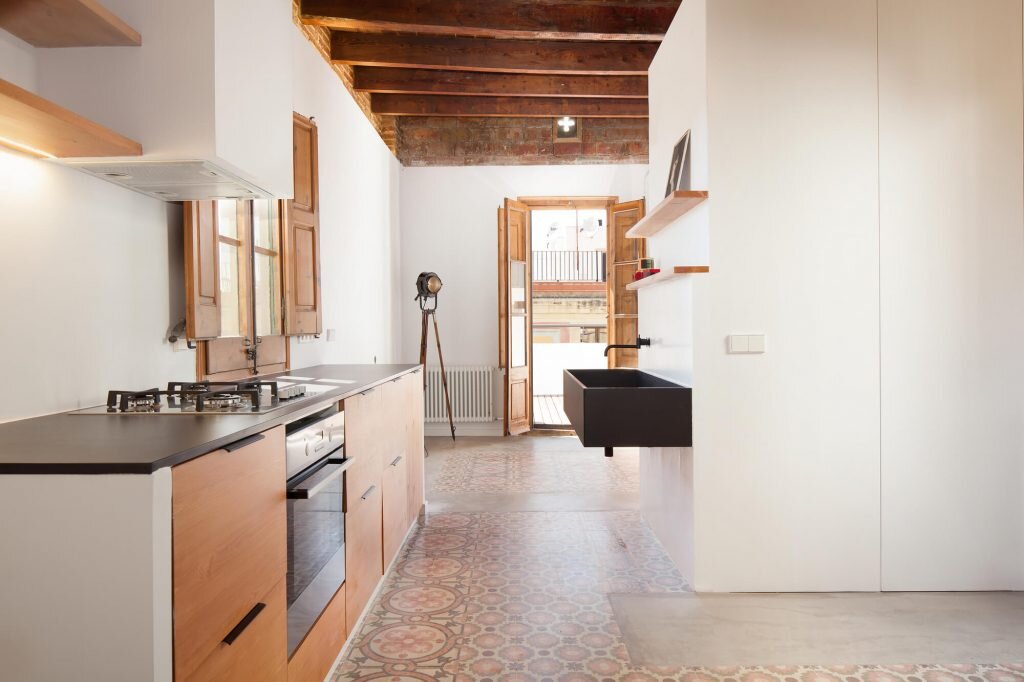 This project saw the overhaul of a duplex apartment. A53 were enlisted to help merge the old and new. They were tasked with keeping the traditional features were possible, and introducing modern living spaces for the future occupants. The apartment contain a floor area of 548.96-square-feet (51-square-meters).

As is often the case with older properties, the apartment was originally divided up into a number of small rooms. This almost always has the effect of lowering light levels throughout, and making the space feel more confined. A53 set about removing the various partitions, opening up the living spaces on both levels of the duplex. 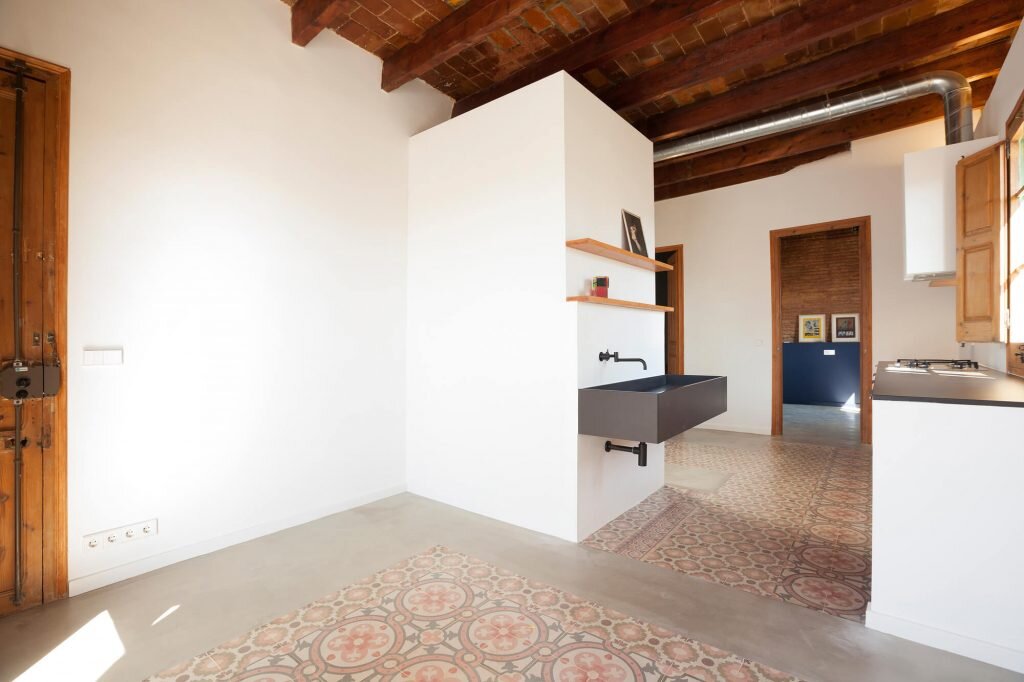 The interior is an interesting mix of old and new. The ceilings and upper walls reveal the terracotta tiles and rustic timber beams of the roof structure, while the lower portion of the walls have been plastered for a smooth, white finish. Any new finishes have been chosen so as to be sympathetic to the original structure. 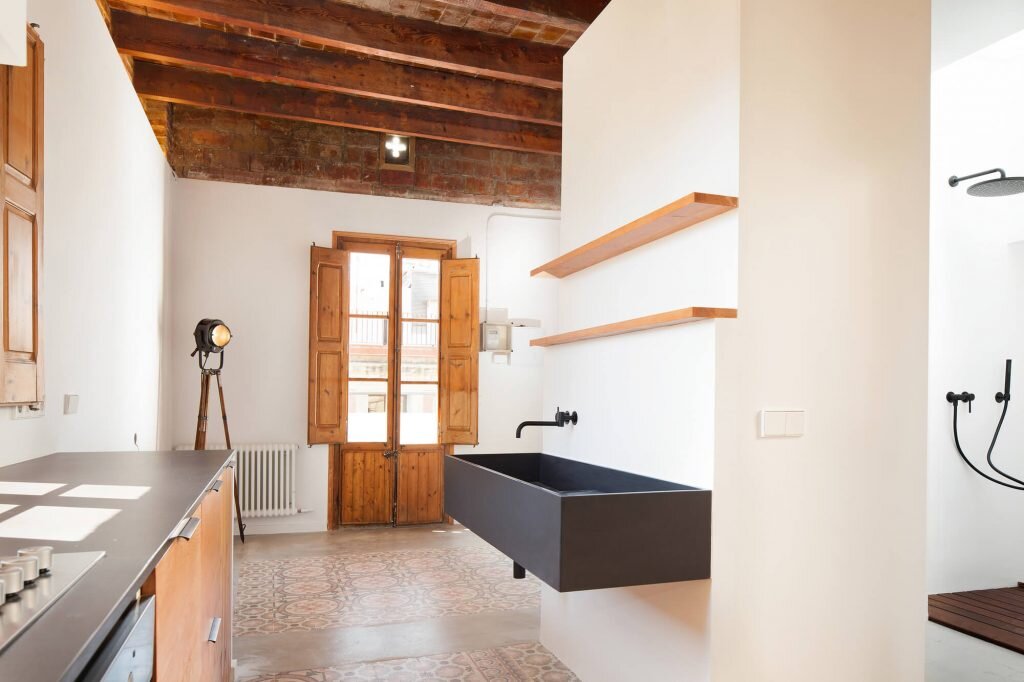 The new layout has the home’s entrance opening directly into the living room. It’s flanked by an outdoor terrace to the left, and the kitchen to the right. The kitchen is composed of a small galley and back onto a dining area, and the apartments bathroom. The very back of the apartment is occupied by the bedrooms. 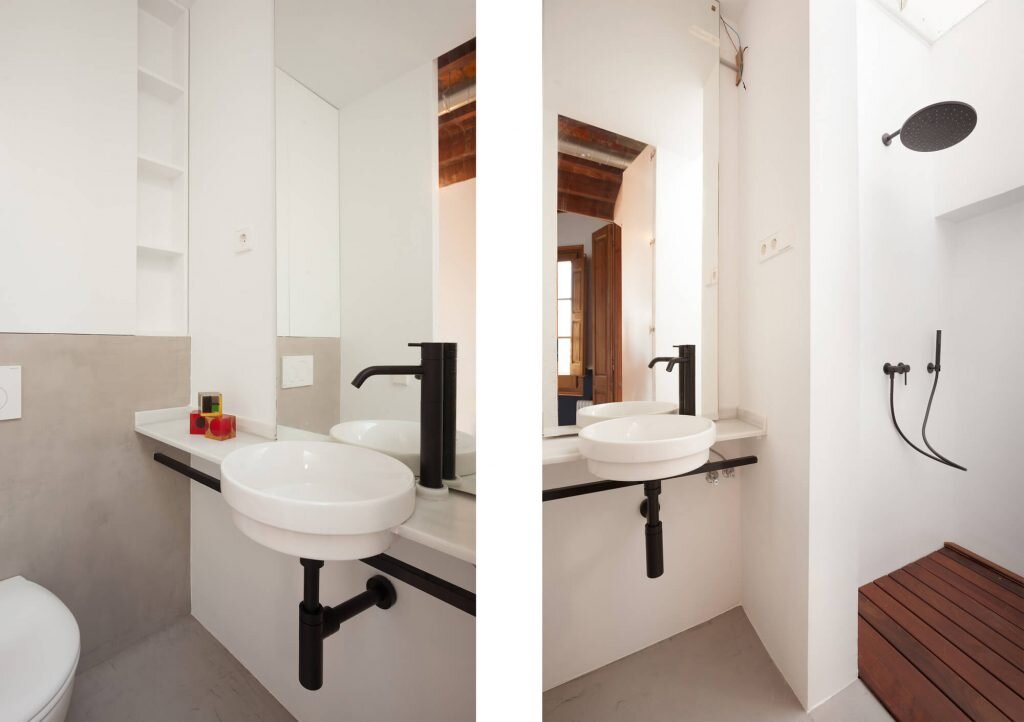 The bedrooms where placed to the back, because it’s here you’l find the property’s smallest windows. Seeing as the bedrooms are predominantly used at night for sleeping, it’s the most fitting solution. On the upper level, they transformed what was once a storage space into a third bedroom. 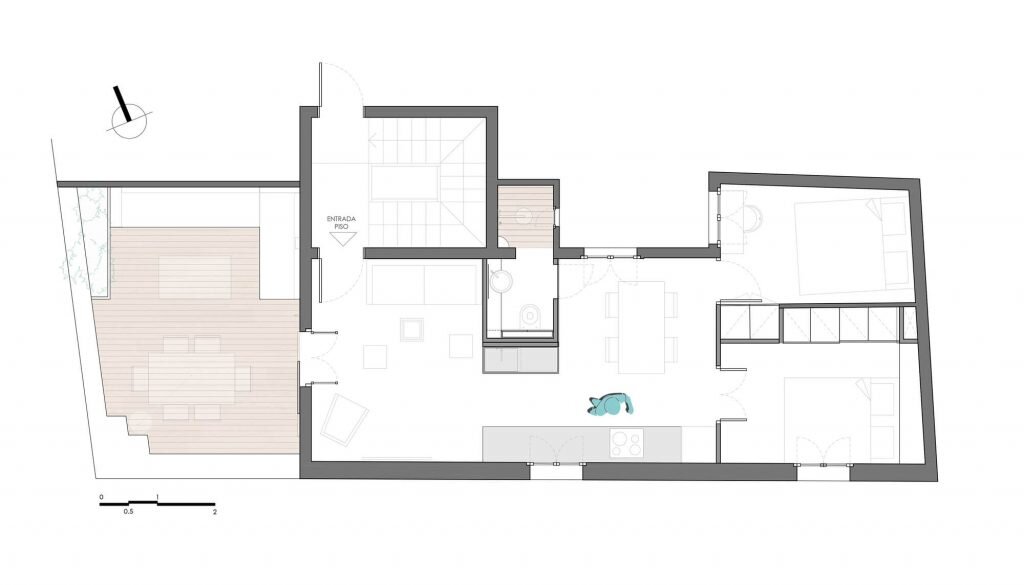 For more apartments, check out this other Barcelona apartment renvoation by Allaround that fuses old and new. Or, this old house that’s been transformed into a series of apartments by Pauzarq. See all apartments.