This family home in Okayama, Japan, has been designed by local architect Tomoyuki Uchikda and built by Bansai Construction. Named the House in Yoshinaga by the architect, the building contains total of 1,012 square feet (94 square meters). 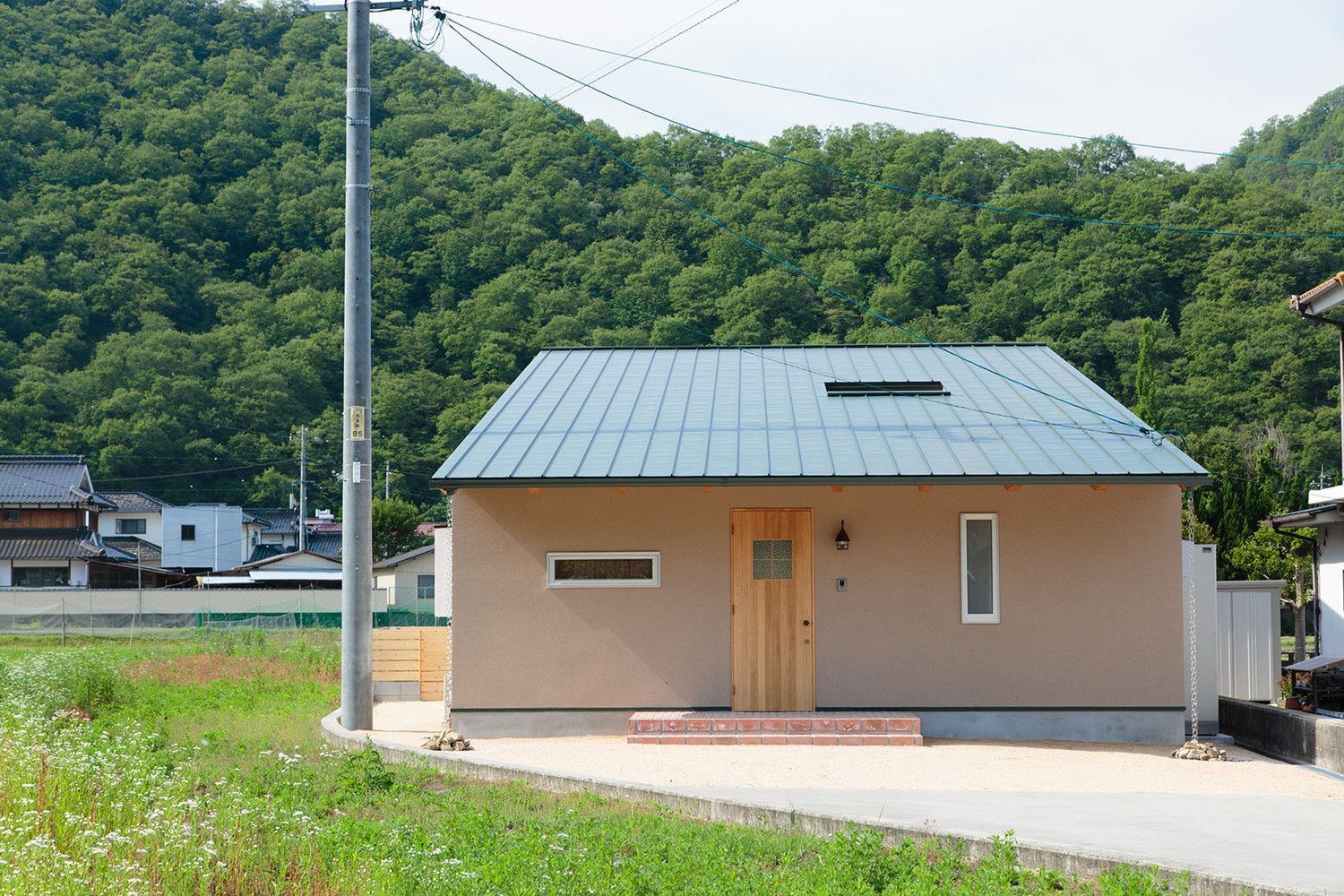 Construction of the home was completed in 2013 and it now sits rather quietly among the rice fields of Bizen. It’s a one-story building that features a cathedral ceiling in certain areas (like the main living space) along with clerestory windows. 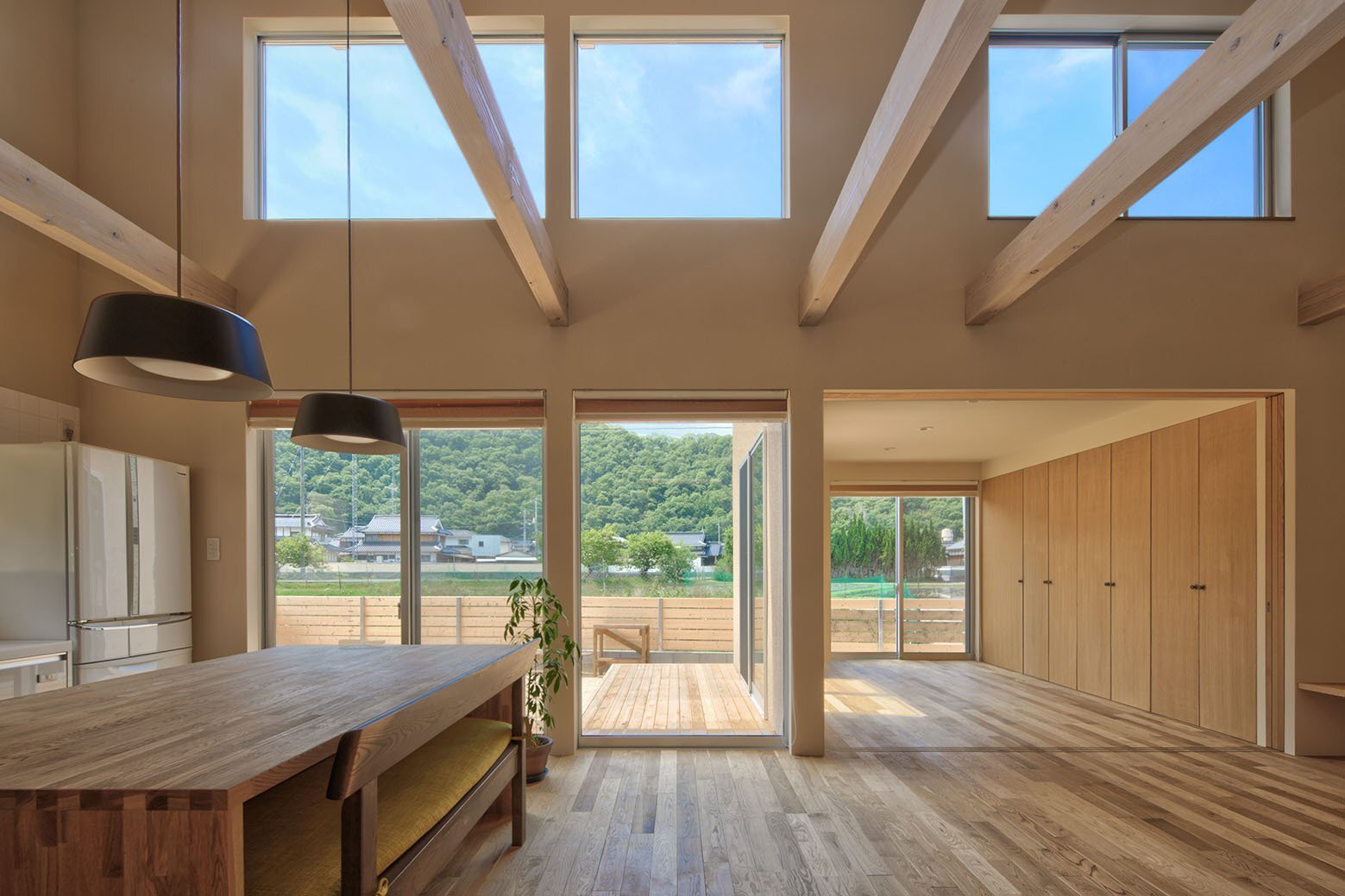 The exterior is simply finished, with rendered walls and a seam metal roof, while the interior features mostly white walls and wooden floors and furniture. In some areas the structure of the house is revealed with its post and beam frame being exposed. 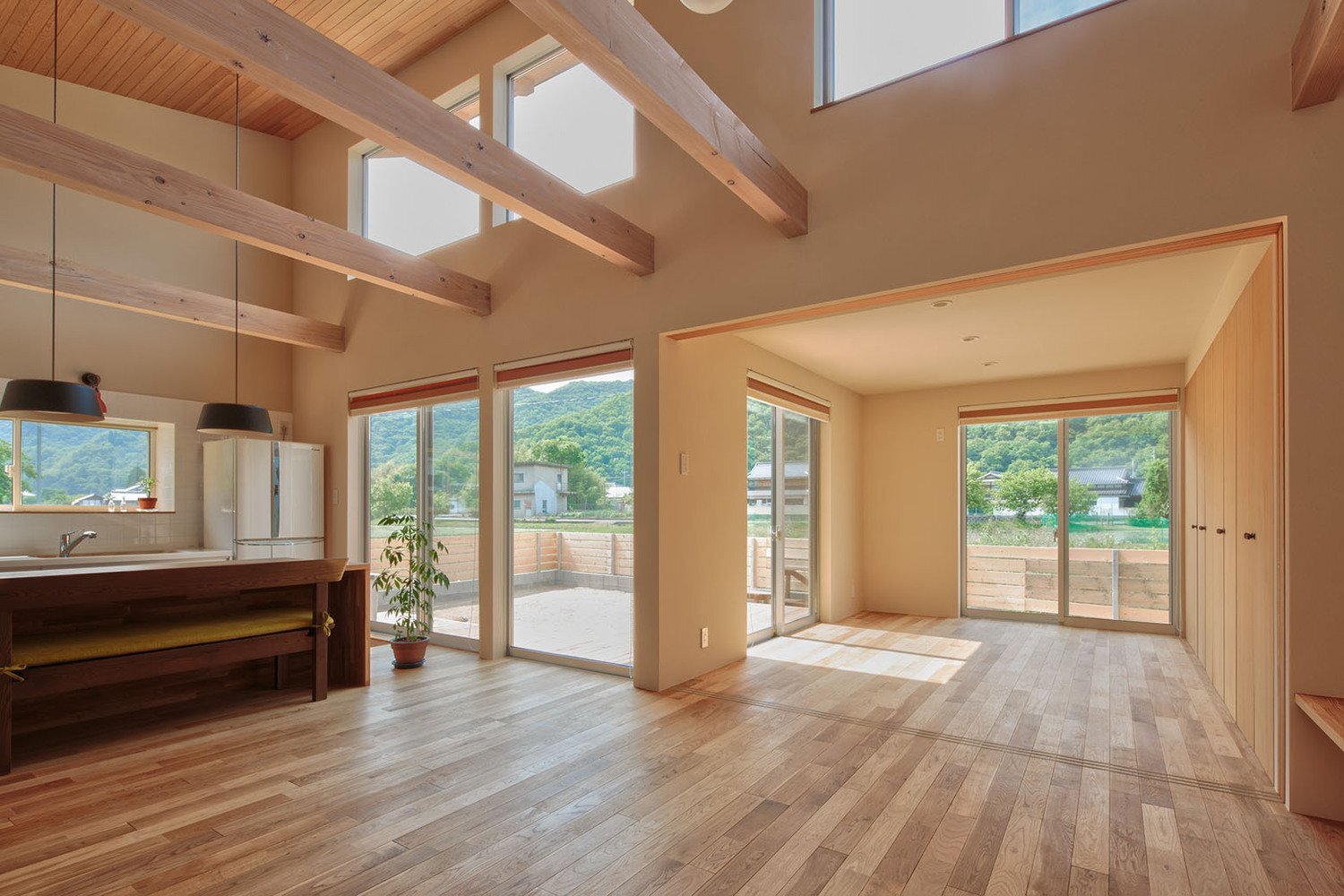 The house is largely split into two areas: the private spaces like bedrooms, and the public spaces like the open plan living room, kitchen and dining room. As is often the case in Japanese homes, the kitchen is a fairly simple affair, occupying an end wall without any extravagant features. 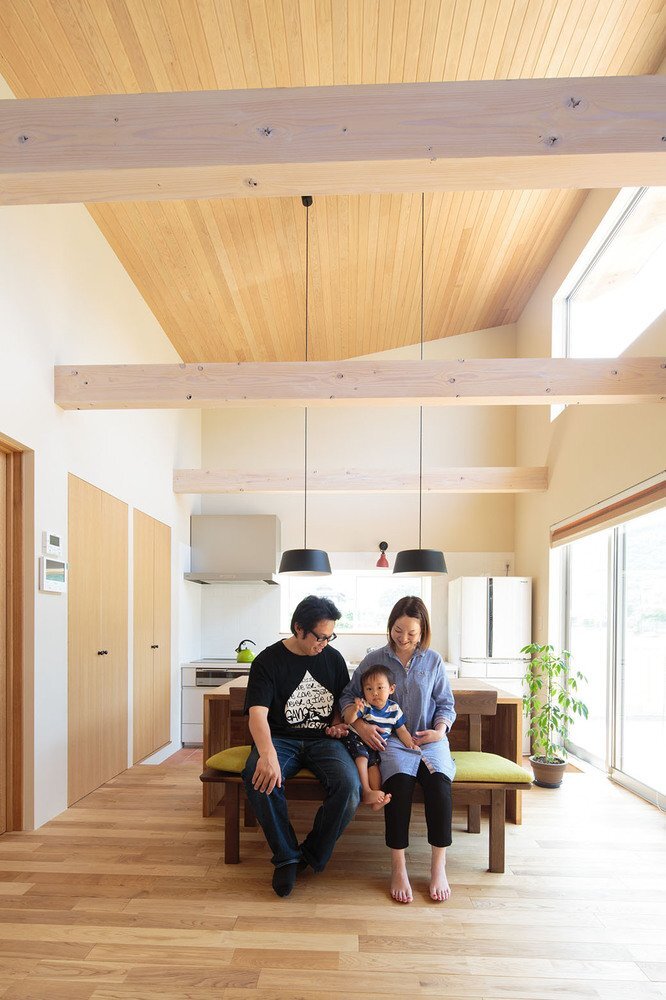 The kitchen leads directly into a breakfast bar/dining area with the living room following on from that. Around the corner there’s space for a more formal lounge, and plenty of built-in storage cupboards. On the other side of the home there are two bedrooms with closets, a Japanese room, a laundry area, and a bathroom with a separate toilet. 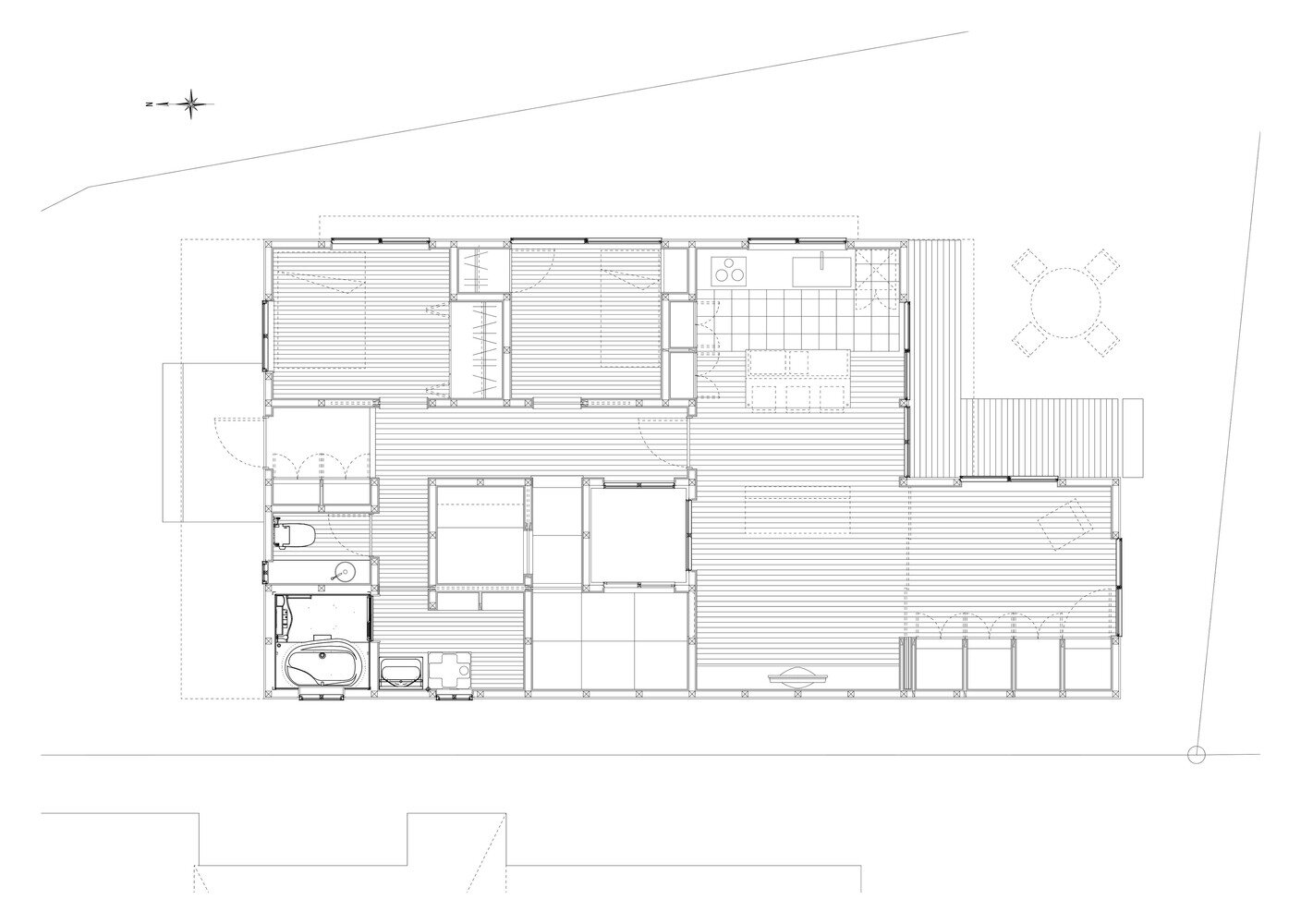 The ceiling height is lowest at the home’s entry and works gradually up to the double height space found in the main living area on the opposite end of the house. On the outside there’s also a wooden deck area and a garden patio table and chairs.